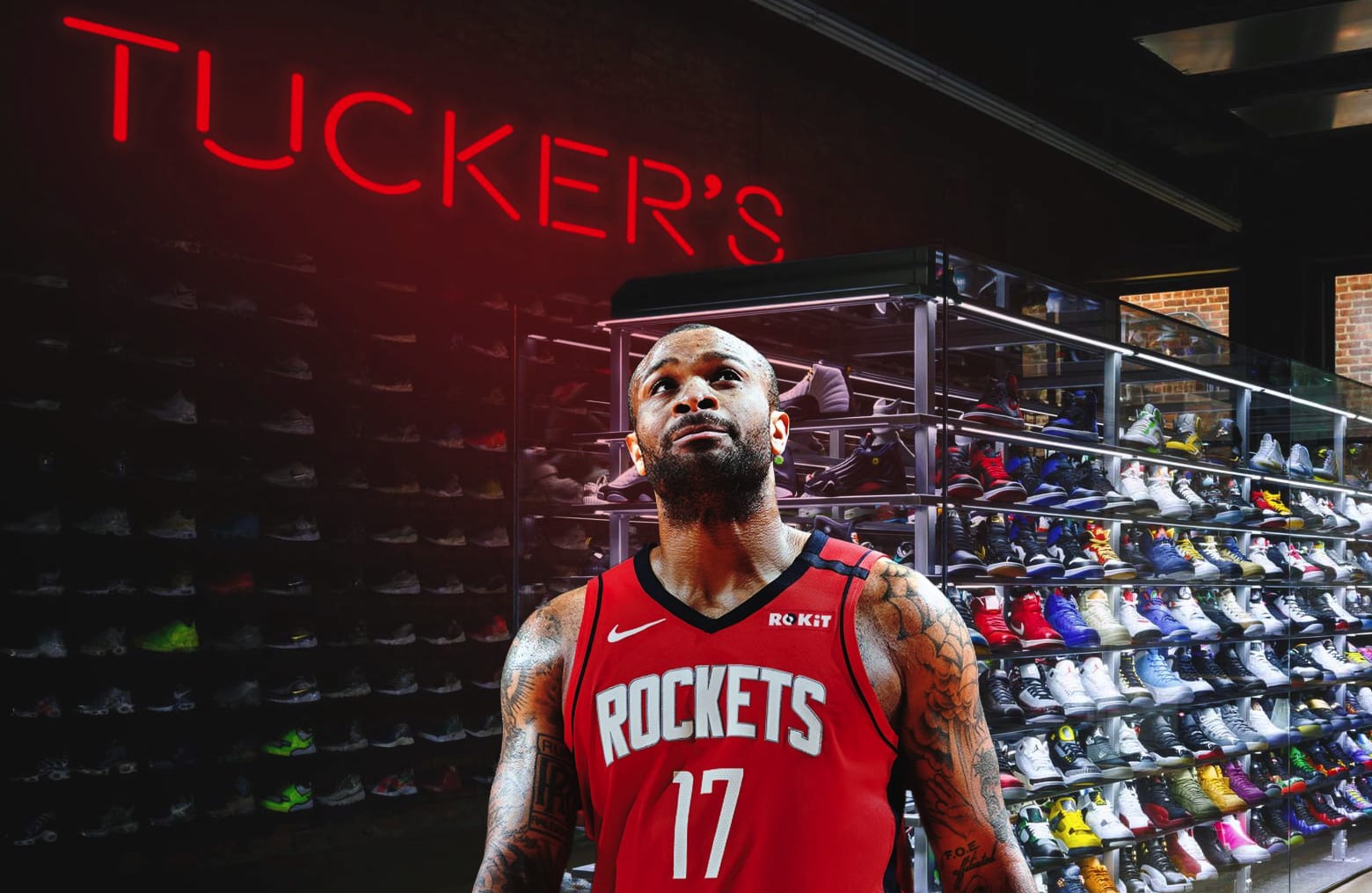 NBA sneaker god PJ Tucker says he will be opening his own shoe store in Houston later this year.

Tucker made the announcement in an Instagram Live video on Sunday.

For years, Tucker has been known around the NBA as one of the league’s most foremost experts on sneakers.

So it’s hard to think of anyone better suited to open their own shoe store.

Tucker has long displayed his advanced knowledge of sneakers and sneaker culture, and has previously partnered with Nike to deliver exclusive colorways and custom editions.

Although Tucker has never had his own signature shoe, it’s something he says doesn’t want because he’s never wanted to be locked into wearing just one shoe.

Tucker’s Houston-based store is set to open in October.