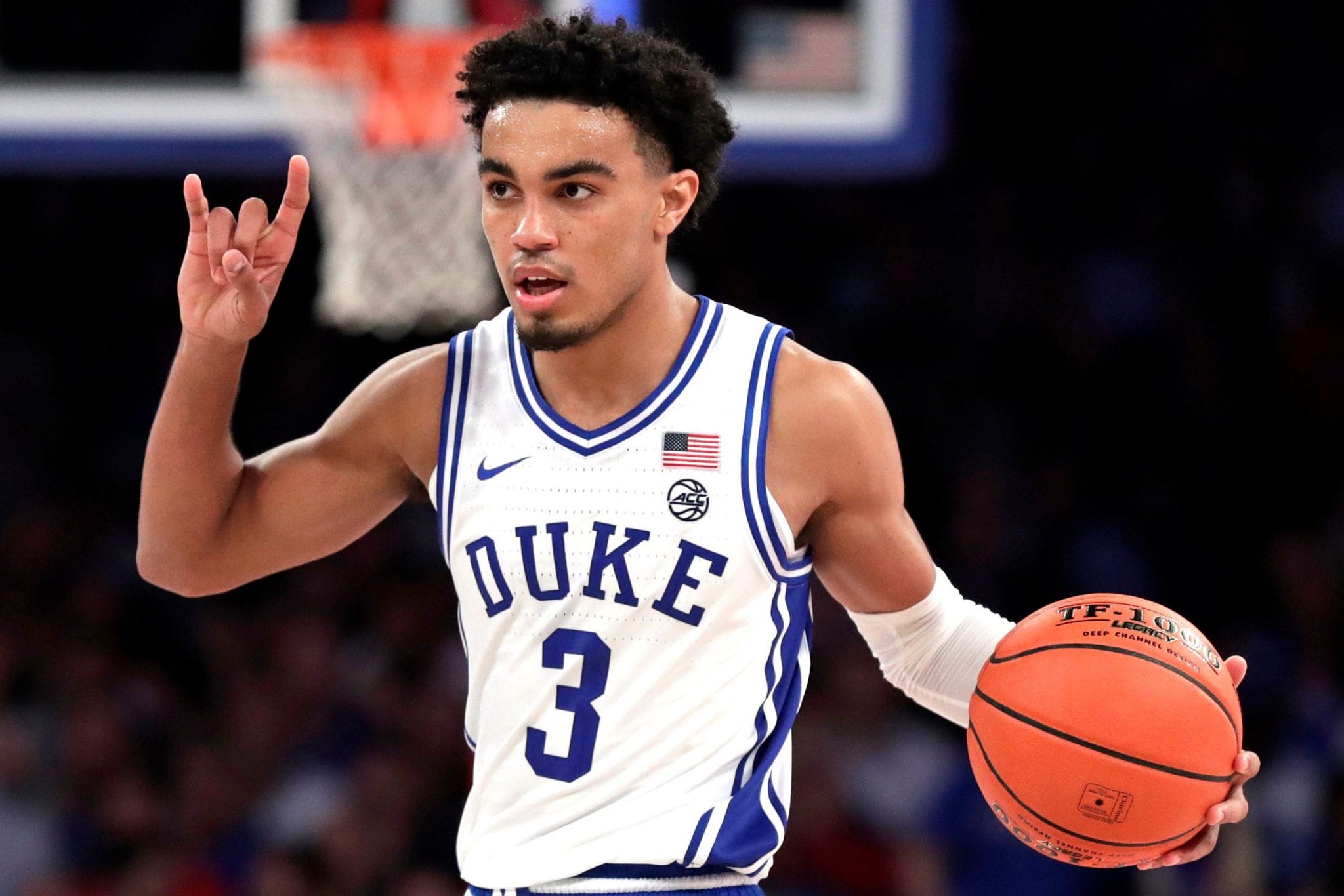 Duke’s Tre Jones, the reigning ACC Player of the Year, has announced his intention to enter the 2020 NBA Draft.

On Saturday he informed everyone of his decision to forgo his final two years of eligibility and enter the draft after a very impressive season.

Tre Jones is coming off an impressive sophomore season which saw him average 16 points, six assists and four rebounds per game.

But the numbers only tell a small part of the story, especially because Jones had a significant impact on defense too.

It’s also worth nothing that the draft process will be something Tre doesn’t have to experience alone, because his older brother is Memphis Grizzlies Tyus Jones.