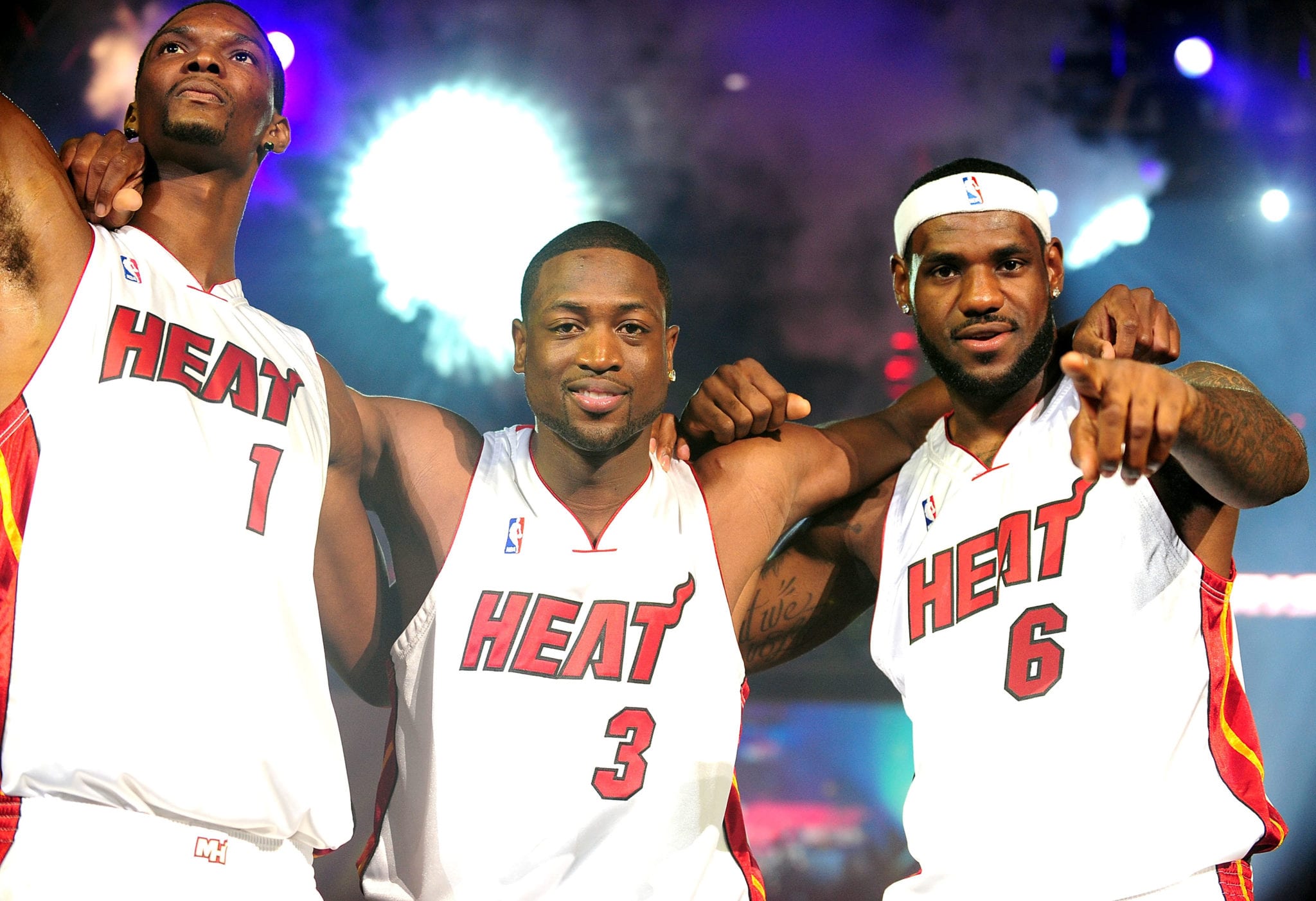 LeBron James has opened up on his fears that Pat Riley would break up the Miami Heat’s Big 3 if they couldn’t beat the Boston Celtics in the 2012 Eastern Conference Finals.

After losing to the Dallas Mavericks in the 2011 Finals in James’ first year with the Heat, there was all sorts of pressure on LeBron and his superstar teammates to deliver the following season.

Not only had they fallen short of their “championship or bust expectations” in year one, but James himself struggled mightly during the 2011 Finals, averaging just 17.8 points per game.

“My mentality was if we lose, Pat Riley may break us all up,” James said in a recent Instagram Live video.

“I [didn’t] want that. It might be the quickest breakup in basketball history.”

“Not only might they break it all up, but my legacy is going to take a huge, huge hit if I don’t go out here and perform at an all-time high.”

Ultimately, of course, James turned things around in a major way.

He averaged 33.6 points and 11 rebounds in a spectacular conference finals win over the Celtics which included his famously cold-blooded 45-point Game 6 performance in Boston, before prevailing over the Oklahoma City Thunder in the Finals to win his first of two championships in Miami.