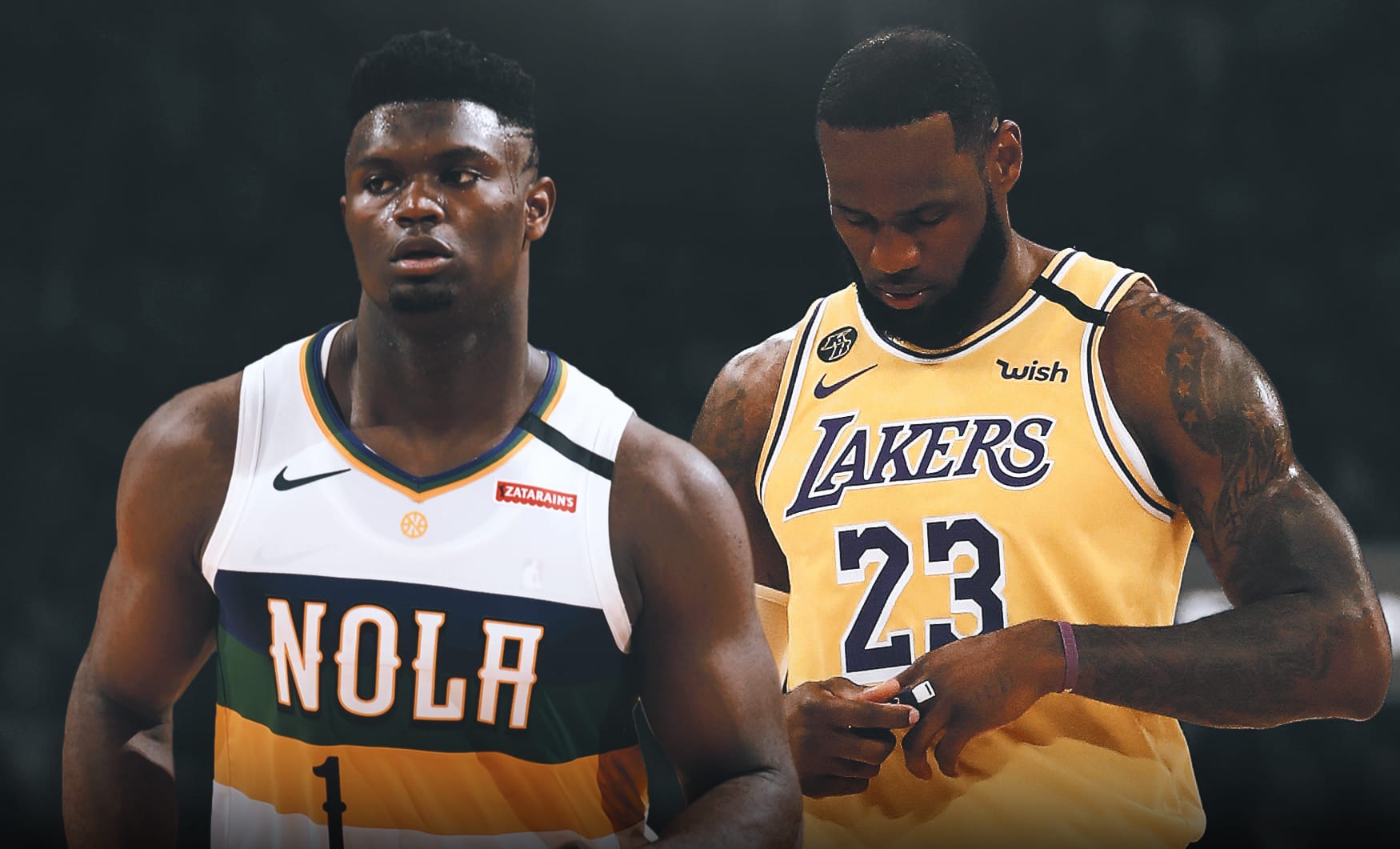 As coronavirus sweeps the globe, it has brought down many aspects of society.

Sadly, that includes the NBA.

Here are the biggest losers from the whole ordeal, as well as a couple of winners:

There could be no better outcome for Zion Williamson, health-wise, than returning from his knee injury for 20-odd games, proving to the world and himself that he is already elite at the NBA level, and then shutting it down until next season.

It was always hard to know if Williamson was feeling any discomfort in his surgically-repaired right knee, considering he naturally walks/waddles with an almighty limp.

The internet is a cold place 😂 (Via ‪iAM_RodWill/Twitter)

But considering he’s carrying 285 pounds (129 kilograms) with him everywhere he goes, the public concern surrounding his knee never abated, even well after his return.

Now, Williamson could very well have eight months to give his knee some rest before getting in the best shape of his life and raising absolute hell on the court next season.

The only thing stopping Zion Williamson from snatching Ja Morant’s Rookie of the Year was time.

Had Williamson played anywhere near as many games as Morant, there would have been no competing with his 23.6 points and 6.8 rebounds per game on 59% shooting.

And yet, Williamson was so spectacular that he still stood a chance of winning ROTY anyway, despite playing 40 games less than Morant.

But that was before coronavirus derailed the season, and in the process, ensured Morant would hold onto the award.

LeBron James and the Lakers

Not many seasons have been more important to LeBron James’ legacy than this one.

This was meant to be the year LeBron reclaimed the throne, returned the Lakers to the mountaintop, and honoured Kobe Bryant with one of the most meaningful and heartfelt championships in the history of sports.

And while he may still get the opportunity to do so, it’s hard to think of a bigger momentum killer than a months-long timeout prompted by an international medical emergency.

While the Lakers have looked like the better team lately, no squad is better constructed to win the championship than the Clippers.

After 50 years of misery, this was their time to truly contend for the title.

And don’t forget, the Clippers only have Kawhi Leonard and Paul George locked in for two years.

It would be a damn shame to waste one of them.

Everything was going so well…

The sooner this virus allows Giannis to put down his guitar and pick up a basketball, the better.

Yes, Zion is listed in the winner’s column, and that means the Pelicans have to be winners by extension, at least to some extent.

But we don’t live in a black and white world, and the NBA’s hiatus also comes with an unfortunate reality for New Orleans.

Before the shutdown, the Pelicans stood every chance of pinching the eighth-seed from the Grizzlies, but now it’s exceedingly unlikely that they’ll ever get the chance.

After spluttering to a 6-22 start to the season – a truly horrific stretch which included a franchise-worst 13-game losing streak – the Pelicans finished on a 21-13 run.

Across the first two months of the season, they were ranked 22nd in offence and 27th in defence.

But across the last two months of the season, they were ranked in the top 10 on both sides of the ball.

The overly simplified explanation was that, among other things, Zion finally hit the floor, Brandon Ingram blossomed into an All-Star, and the other guys fixed a lot of their glaring problems at the defence end (which also helped fuel the team’s increasingly potent offence).

Without taking anything away from the upstart Grizzlies, the Pelicans were emerging as the better team and they were gunning hard for that number eight spot.

The players and the owners

No one likes losing money, especially NBA owners who are far more accustomed to virtually printing it.

Meanwhile, the players are set to lose out down the track, with the enormous loss in revenue set to slash the future salary cap.

And remember, the Daryl Morey-China fiasco had already cut into the league’s existing pool of cash.

Now, assuming the regular season will be cancelled at the very least, the NBA stands to lose about $500 million in ticket revenue alone, according to NBC’s Tom Haberstroh.

You, me, and everyone who loves basketball

The beauty of sports is that it provides a distraction from the problems of the real world, of which there is an abundant supply.

So when a global issue is so massive that it wipes out the pastimes and distractions that keep us all sane, it’s felt deeply by millions.

Of course, no one is suggesting the NBA’s absence is on the same level as any of the more serious problems caused by the virus.

But man, could we all use some NBA basketball right now…