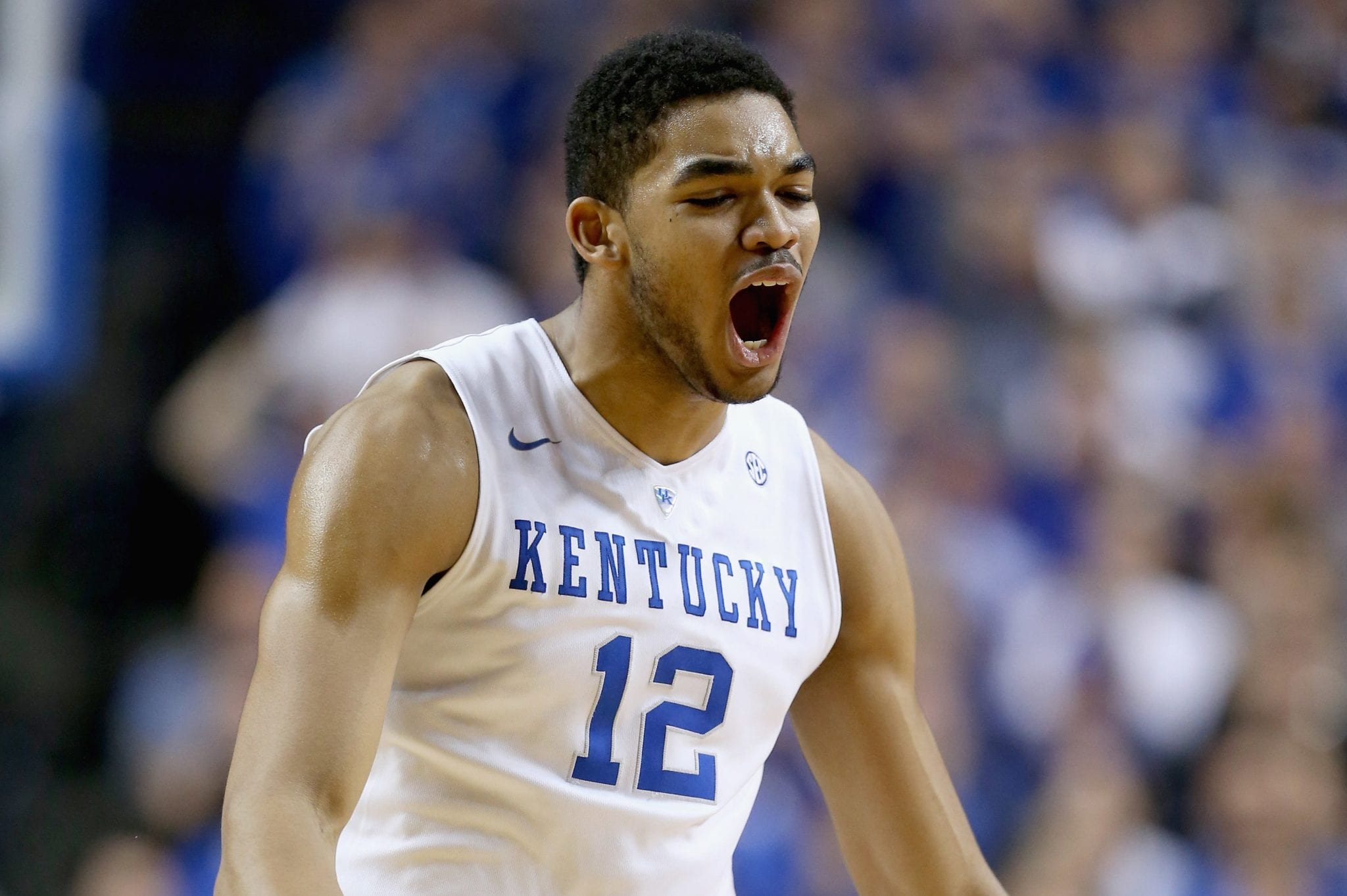 Karl-Anthony Towns made his mark in more ways than one on the University of Kentucky men’s basketball team.

Not only did Towns lead the Wildcats to a 38-1 record, but the current star center for the Minnesota Timberwolves stamped his footprint on the school’s history as well.

During a recent sneaker-shopping trip with Complex, Wildcats head coach John Calipari recalled the unusual process of getting Towns fitted for his shoes.

“Karl Towns has a foot like a twenty,” Calipari said about Towns’s shoe size.

The coach explained that because Towns’s foot was not only long but narrow, Nike had to go to extraordinary lengths to get the college freshman a good fit.

“They had to come in and put a form together, put his foot in it, put a cast in it so that they could make a shoe to fit his foot,” Calipari explained.

“They took care of him, and that’s the level they go.”

Apparently, the fit was pretty close to perfect as Towns, and the Wildcats went on to win 38 games until falling to Wisconsin in the 2015 Final Four.

Towns became the number one pick in the NBA draft two months later and signed with Nike.