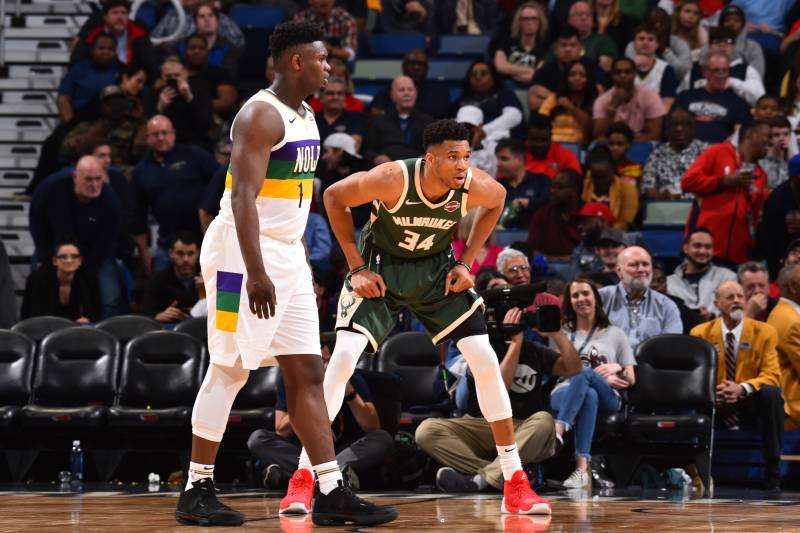 The list of players and organizations is growing, as efforts expand to help event staff impacted by the coronavirus shutdown.

Williamson, who’s strong play for the Pelicans was garnering him late consideration for Rookie of the Year, announced via Instagram that he would cover 30 days of salary for workers at the Smoothie King Center—the Pelican’s home court.

The people of New Orleans have been incredibly welcoming and supportive since I was Drafted by the Pels last June, and some of the most special people I have met are those who work at smoothie King Center. These are the folks who make our games possible, creating the perfect environment for our fans and everyone involved in the organization. Unfortunately, many of them are still recovering from long term challenges created by Katrina, and now face the economic impact of the postponement of games because of the virus. My mother has always set an example for me about being respectful for others and being grateful for what we have, and so today I am pledging to cover the salaries for all of those Smoothie King Center workers for the next 30 days. This is a small way for me to express my support and appreciation for these wonderful people who have been so great to me and my teammates and hopefully we can all join together to relieve some of the stress and hardship caused by this national health crisis. This is an incredibly resilient city full of some of the most resilient people, but sometimes providing a little extra assistance can make things a little easier for the community.

The Lakers, Clippers and the NHL’s Los Angeles Kings are creating a fund with the Staples Center—home to all three teams—to assist more than 2,800 hourly workers who would normally be on duty for the team’s games.

The Lakers, Clippers, Kings and STAPLES Center have joined together to establish a fund to provide financial support to all hourly event staff employees impacted by the suspension of sporting events at STAPLES Center.https://t.co/2oItIzw5kq

In Chicago, the Bulls and NHL’s Blackhawks have agreed along with the United Center to pay 1,200 game-day staff through the end of their seasons.

Other NBA teams pledging support were the Denver Nuggets, who said they will continue paying part-time and hourly staff for the next 30 days, and the Orlando Magic.

Magic CEO Alex Martins announced during a news conference that the organization was working on a compensation plan for hourly workers.

Magic players had also expressed interest in participating in the plan.