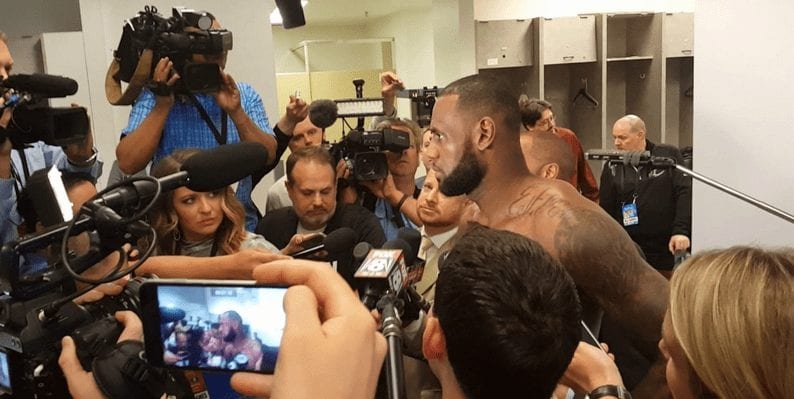 The NBA has scheduled a conference call with team governors for Wednesday in response to growing concerns over the coronavirus, ESPN reported.

As cases of the virus increase, league and team officials are ramping up efforts to protect players, personnel, and fans.

An alternate area with a 6- to 8-foot space between players and media would be used for interviews outside of the locker room.

Teams are also being asked to have an infectious disease specialist on call, access to a nearby coronavirus testing facility, and a roster of essential employees that have contact with players.

Teams are stocking up on hand-sanitizer for players and staff members, and players are being directed not to sign autographs or shake hands with fans.

League officials specified these recommendations were provided by infectious disease and public health officials. There are no current local, state, or national mandates dictating the league to take action.

The memo also instructed teams to prepare to play games without fans in attendance incase the national Centers for Disease Control and Prevention, or another government agency determines its unsafe for fans to attend games.

In response, Lakers star LeBron James said there was no way he would suit up to play in an empty arena.

Recent high-profile events such as Austin’s upcoming South by Southwest Music Festival and Ultra Music Festival in Miami have both been canceled in the wake of the fast-spreading disease.

Related Article:  Kyle Kuzma Says Lakers Could Have Had One More Championship
-->