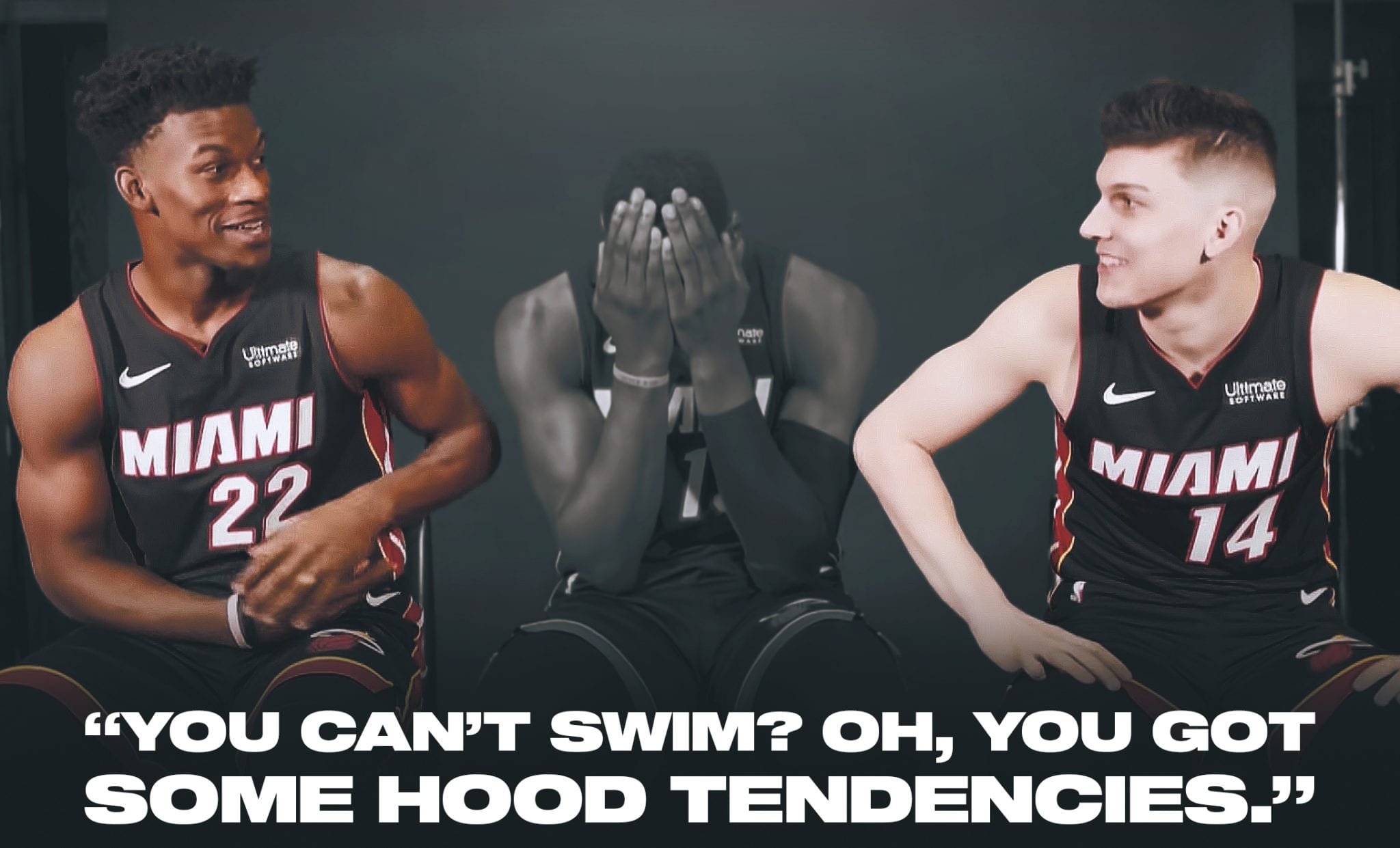 You’d be hard-pressed to find a sports league that provides more entertaining content away from the court/field/track than the NBA.

While various sporting codes around the world are plagued with cliché-riddled answers, NBA players tend to be remarkably candid for the most part.

A lot of these dudes aren’t afraid to speak their minds, and hell, a lot of them don’t know any other way.

The end result is often highly entertaining for the rest of us.

So in celebration of all the NBA’s colourful characters, here are the best quotes of the season so far.

“Joe be running like he running from the police.” – Jaylen Brown on having to chase Joe Harris around on the court

“We got blew out in Portland. He took everybody Kobe’s and said they couldn’t wear it because we was soft.” — Lou Williams remembering Kobe Bryant

“Hey man… don’t fuck this up for me.” – J.J. Redick telling Zion Williamson about his 13-13 playoff streak

“My outfit probably cost as much as one of your socks.” – Fred VanVleet discusses fashion with Serge Ibaka

“Y’all a little different without KD, I see… Y’all cheated long enough. It’s ok. Y’all had a good run. Back to reality.” — Patrick Beverley to no one in particular after the Clippers blew out Golden State in the Warriors first-ever game at the Chase Center

“I have like an ‘F you’ symbol.” – Kawhi Leonard on what he got engraved on his championship ring

“Just take it home. I don’t know. I might shoot with it.” — Kawhi Leonard on what he’s going to do with the game ball from his first career triple-double

“Thanksgiving is going to be weird….” – Austin Rivers after getting the refs to call a technical foul on his dad Doc Rivers

“No, I played them in the Finals without Kyrie and Kevin, so… no.” – LeBron James when asked whether it was weird to play the Warriors without Steph Curry and Klay Thompson

“I had the game on mute because Webber was doing it.” – JJ Redick

“You can’t swim? Oh, you got some hood tendencies.” – Jimmy Butler to Tyler Herro

“He was talking Slovenian. So I was like, ‘who’s talking my language?’ I saw Kobe and was really surprised.” – Luka Doncic

“I want someone that’s gonna pass the ball.” — Giannis Antetkounmpo before taking Kemba Walker over James Harden in the NBA All-Star Draft

“Every time I see him and say, ‘Hey, Bron,’ he just calls me GOAT. The first couple of times it kind of threw me off. Now it’s just an everyday thing.” — Alex Caruso

“It’s Super Bowl Sunday! I want to get out of here!” — Raptors broadcasting legend Jack Armstrong after Bulls head coach Jim Boylen called a timeout down 25 points with a minute remaining

“How crazy is this? I used to have a poster of Vince Carter in my room… then I played against him… now I coach against him and he is still playing.” — Tiago Splitter

“As Celtics fans, we didn’t think Kobe Bryant could break our hearts one more time. We were wrong.” — Sean Grande, radio voice of the Boston Celtics