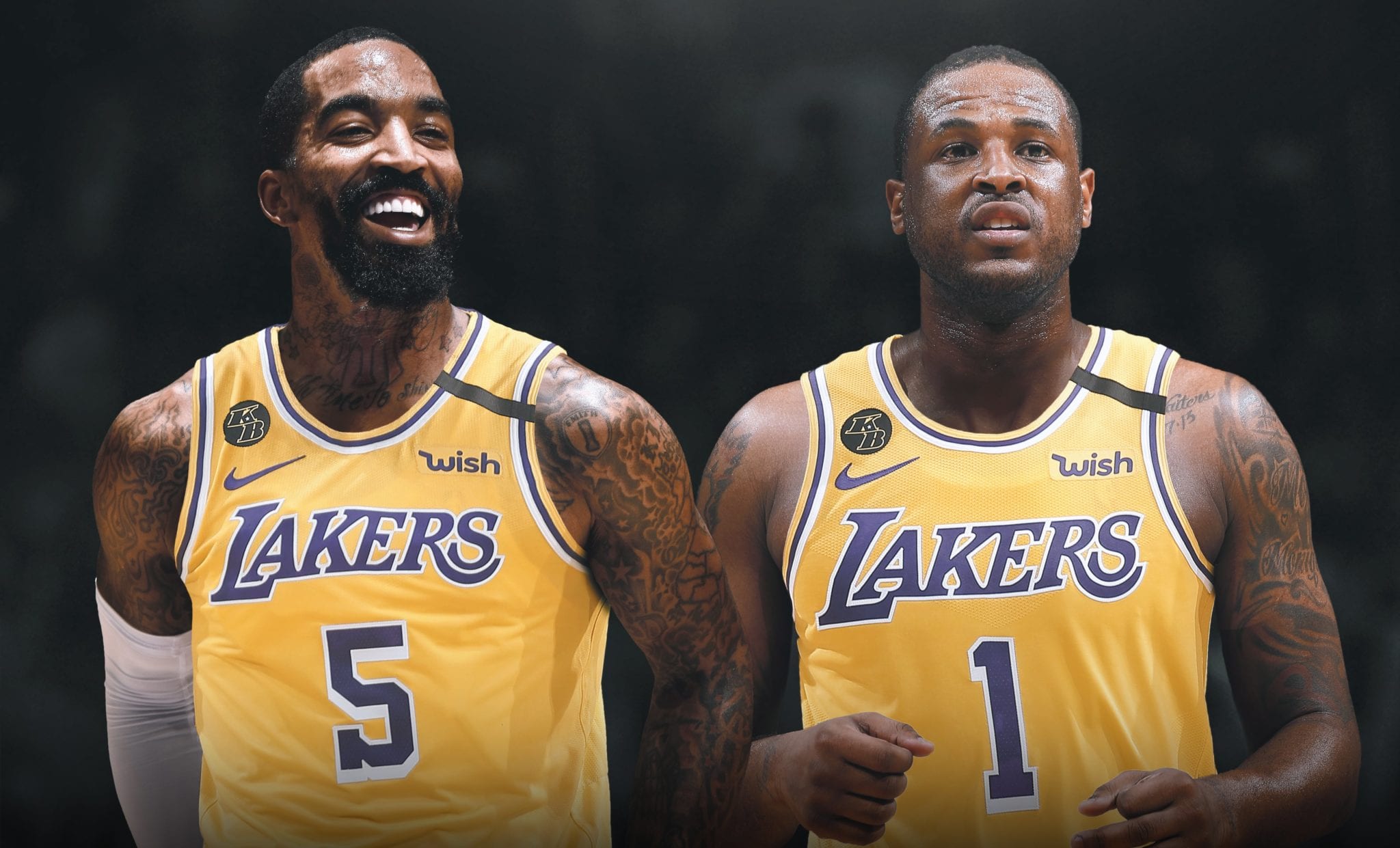 The Lakers are sniffing around for one final roster addition after waiving seldom-used guard Troy Daniels, and the two names most frequently tied to the franchise are perennial NBA All-Meme members JR Smith and Dion Waiters.

The persistent Smith and Waiters rumours have since proved to be of substance, with both players reportedly working out for the team on Monday.

There appears to be a strong chance that the Lakers sign one of those guys, with just about every other viable option off the market and GM Rob Pelinka determined to enter the postseason with maximum firepower.

Additionally, Pelinka isn’t exactly averse to signing highly memeable players (after all, he can be rather meme-worthy himself).

Signing either player may ultimately prove to be unwise, but assuming the Lakers are set on signing one of them, JR should be their guy.

Game 1 of the 2018 Finals aside, JR Smith is a proven playoff performer, and he has the shirtless escapades to prove it.

He also has infinitely more postseason experience than Waiters.

Smith has played in 130 playoff games across 11 postseasons, while Waiters has been to the playoffs just once.

JR is a better shooter

But there’s more to this story than that.

JR not only has the ability to heat up in a hurry, he’s shown he can do it when the playoff pressure arrives, shooting the three-ball at 43 percent during the 2016 playoffs and a blistering 50 percent the following postseason.

Waiters, on the other hand, shot the three-ball at 37.5 percent in his lone postseason appearance.

That isn’t bad at all, but we don’t know that he can reach JR levels and the body of postseason work just isn’t there.

JR is a ‘LeBron guy’

Clearly there’s a special kind of chemistry that comes with attending Future concerts and rowdy Ohio State football games together.

LeBron and JR’s off-court hangs in Cleveland were subject to plenty of Twitter jokes at the time, but clearly these dudes like each other, and for LeBron, playing with guys he’s close to has always been important.

Oh, and it’s probably also worth pointing out that LeBron once signed off on a trade which shipped Waiters out of Cleveland and cleared the way for – you guessed it – JR Smith.

Dion Waiters is a bigger risk

This is a guy who once settled a dispute with an assistant coach by throwing soup at him.

But Waiters is a whole different kettle of fish when it comes to off-court problems.

The former Syracuse standout has been suspended three times by the Heat this season alone… once for apparently overdosing on weed gummies on a team flight, once for “conduct detrimental to the team” and once for posting a picture of himself on a boat while he was supposed to be out with an illness.

Combine those suspensions with a series of health issues and Waiters managed just three games with the Heat this season.

He also has a history of complaining about playing time and causing more trouble than he’s worth behind the scenes.

Do the Lakers really want to take that risk when they have such a good thing going?