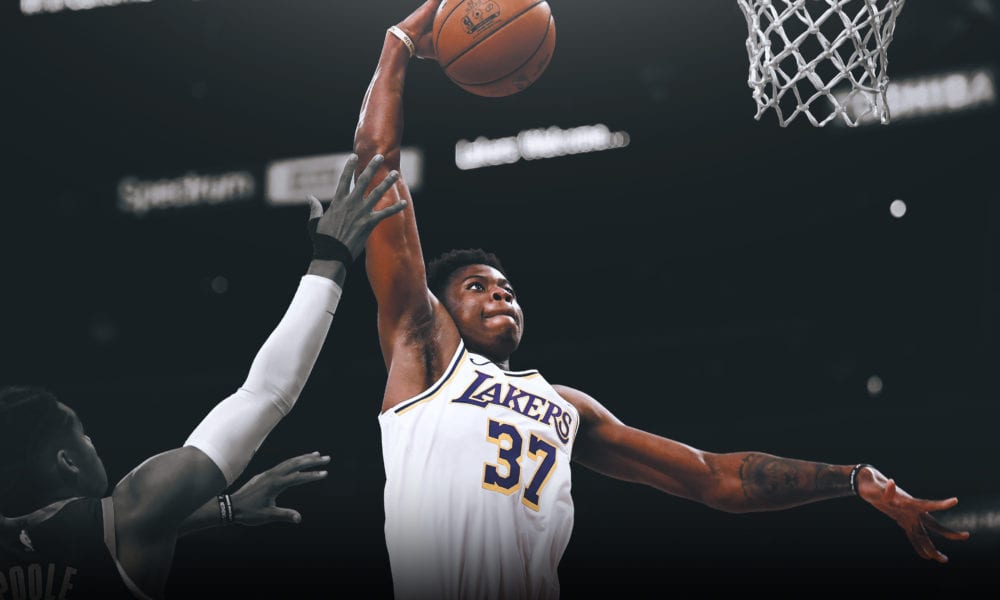 Everyone has heard of Lakers recruit Kostas Antetokounmpo, but not many people know much about him.

Chances are, you haven’t seen him play outside of the occasional highlight… unless of course, you’re an avid fan of the Dayton Flyers, Texas Legends or South Bay Lakers.

So, let’s take a moment to find out a little more about Giannis’s second-youngest brother, and whether or not he can succeed with the Lakers.

Let’s start with some basic numbers:

Antetokounmpo is averaging 13.7 points and 6.5 rebounds on 62 percent shooting and 70 percent true shooting in 24 minutes per game in the G-League.

Related Article:  How Russell Westbrook Hurts the Rockets and Why He Is So Infuriating to Watch

He plays for the South Bay Lakers, where he is the third-leading scorer among active players (and the second-most famous scorer behind Andre Ingram).

Antetokounmpo has done well to average close to 14 points per game in a league overflowing with stat-chasing gunners, especially considering he’s at his best as a Clint Capela-esque rim-runner.

While Kostas can provide the occasional offensive highlight, his real potential may lie at the other end of the floor, as he possesses the length, agility and instincts required to switch quickly and protect the rim.

However, Antetokounmpo will have to improve his general defensive awareness significantly to realise that potential.

He’s been known to time his blocks and shot contests well, but he would be able to make better use of that ability if he was more aware of everything going on around him.

Antetokounmpo is the kind of player who really needs to be in the right situation to succeed.

There’s no way Clint Capela would have become what he is today if he wasn’t in a system like the Rockets’, one which perfectly suits his game.

The problem for Kostas is that he’s currently employed by the Lakers, a stacked contender led by a superstar with immense front office influence, someone who famously values veterans over young players.

Even if Antetokounmpo does hit the court with the Lakers later in the season, there’s a good chance either Anthony Davis, Dwight Howard or JaVale McGee will be out there with him, clogging up the space he needs to be the best version of himself.

There’s also the inevitable rumours that LA only signed him to gain favour with Giannis when he enters free agency in 2021.

It’s also still hard to know exactly how far he can go because we haven’t seen him play at the elite level very much.

Kostas has logged just 12 NBA minutes with the Mavs and Lakers combined, and only spent one season at Dayton.

He has been pushed around a bit previously and still has some adjusting to do when it comes to the pace of the NBA game.

From all reports, he does at least have an excellent work ethic, not to mention a sizeable chip on his shoulder which stems from the common perception that he lacks the aggression of his three brothers, according to Mirin Fader.

While he will clearly never be Giannis, he might just stand a chance of carving out an NBA role if he lands in the right situation.