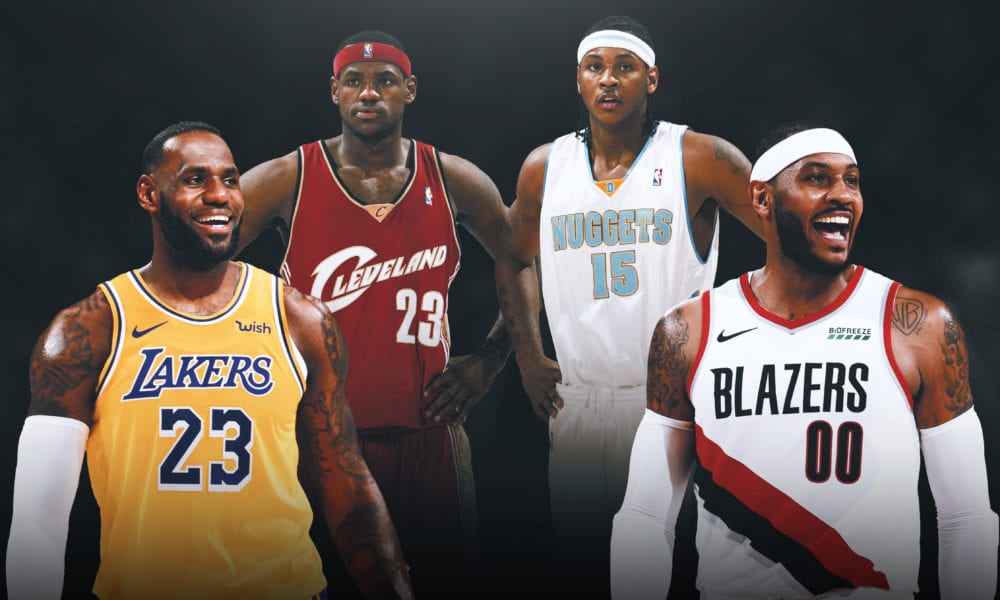 It was on the staircase of a Pennsylvania hotel in 2002, the night before James’ St. Vincent-St. Mary played Anthony’s Oak Hill Academy in one of the biggest high school basketball games of all-time.

The two fresh-faced teenagers sat on that staircase and spoke for hours.

They barely touched on basketball, with so much in common off the court.

Their bond grew from there, and only became stronger over all those the years they spent together on Team USA.

When you consider everything those two went through together, it should come as no surprise that all these years later, James is extremely proud of his friend for fighting off what looked to be the premature death of his NBA career.

“It’s like, when people throwing stones on you and trying to bury you alive and you able to rise above that shit?” James told The Athletic. “That’s amazing. Shit kind of hit home. It’s a beautiful thing. Beautiful thing. Only the strong survive.”

After thinking they might never get a chance to share the floor again, James and Anthony will face off once again when the Lakers visit the Blazers on Friday night.

The basketball world can’t wait, and that excitement is still nothing compared with LeBron and Melo’s.

Related Article:  How One Controversial NBA Player Almost Sparked 'The Malice At The Palace' 2.0 In Australia
-->