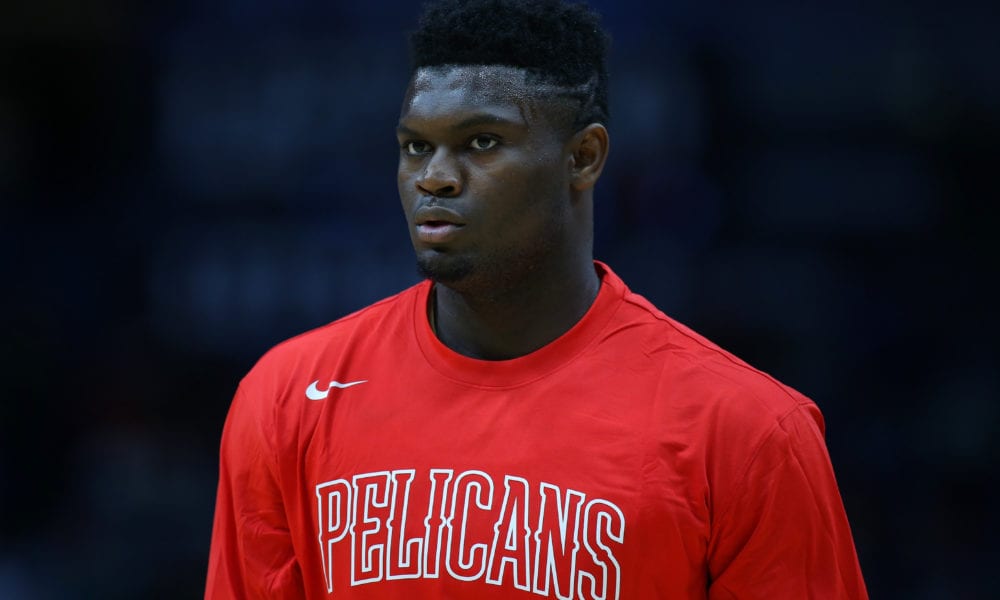 After averaging 23 points in 27 minutes across four preseason games and bullying some of the largest humans on the planet like they were pre-schoolers, Zion Williamson is expected to miss six to eight weeks with a torn meniscus.

Williamson’s injury isn’t overly severe but it still has the basketball world on high alert.

No one wants to be deprived of a one-off talent like Zion and we all instinctively fear the worst for his knees, which have been tasked with carrying a heavier load than most trucks.

While it would be nice to spend the rest of this article offering assurances that there’s nothing to worry about, Williamson does in fact have a concerning injury history that stretches back to high school.

His troubles began when he fell on a slippery court during warmups in 2017 and missed several months of AAU action with a deep knee bruise.

Next was a foot injury during his senior year, followed by a hand ailment which ruled him out of the Nike Hoop Summit and Jordan Brand Classic.

At Duke he famously burst through one of his shoes and injured his knee, a moment so big that you probably remember exactly where you were when it happened, just like with Trump’s shock election victory, Michael Jackson’s death and that time Paul Pierce went on national television and admitted to shitting his pants.

Williamson also went down at Summer League, suffering a knee-to-knee knock in his earthquake-inducing debut that ruled him out for the remaining games.

And unfortunately for Zion, the Pelicans have previously been witness to more wounded bodies than most war criminals.

None of these things are promising signs, but it might not be all doom and gloom for Williamson either.

His injuries haven’t been overly serious and incidents like the shoe blowout and the slippery floor are more freak accidents than they are signs of Williamson’s body breaking down.

It surely also helps that New Orleans hired Aaron Nelson – the longtime head of the Phoenix Suns’ famous training staff – this offseason in a bid to turn things around on the injury front.

On top of that, Williamson at least looks slimmer than when he was first running around at Pelicans practice, although there’s no denying that he’s still an absolute behemoth.

At this stage all we know with absolute certainly is that Zion is far too great a talent to waste.

He is a 500-pound rhinoceros with the agility and grace of a gazelle, and being deprived of even a fraction of his undoubtedly unique career would be a damn-near sporting tragedy.

Related Article:  PODCAST: The Art Of The Game Winner
-->