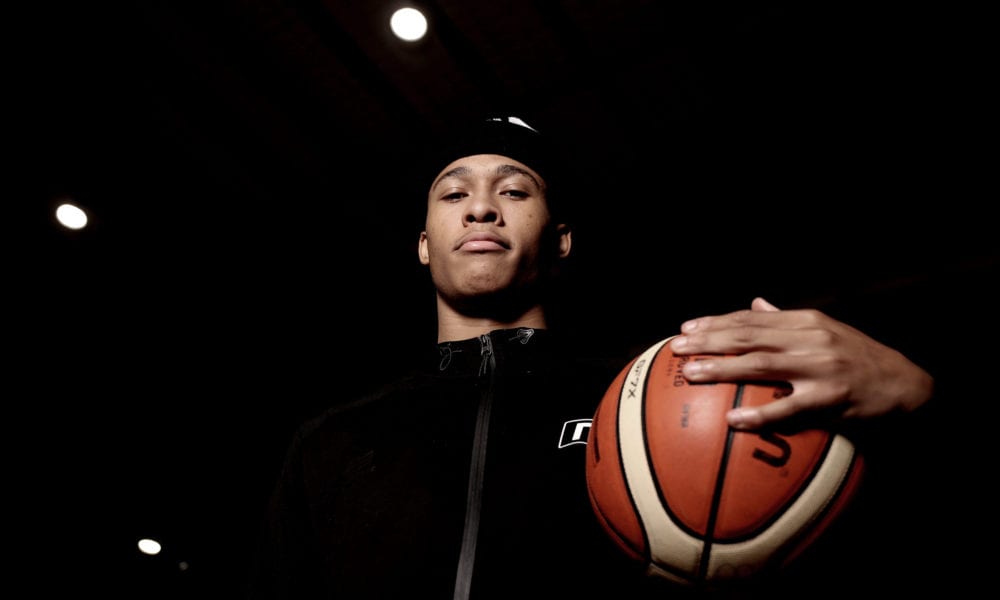 Very few 18-year-olds are as mature, thoughtful and courteous as RJ Hampton. This is the kid who during Thursday’s joint press conference with LaMelo Ball thanked the Australian media for taking the time out of their day to be in attendance. It wasn’t just for show either, he was being sincere.

Whether it’s the way Hampton addresses the media, talks about his teammates, or even his broader views on basketball and life in general, everything suggests he is under no illusions that everything is about him. Not only will that make him an excellent fit at the New Zealand Breakers in Australia’s National Basketball League, it could even mean he is perfectly cut out for Team USA one day, with Gregg Popovich currently working to establish a culture of selflessness within the national program for years to come.

And having already won gold with the United States at the 2018 U17 FIBA World Cup, Hampton is especially motivated to play for Team USA one day, despite many stars dropping out left and right.

“I just love the culture that USA Basketball has,” Hampton told Basketball Forever. “It’s really a family, it’s not just about one person. Anybody can go out there any night and score 30, or you could have a star NBA player score just five points, because it’s all about that common goal.

“So I definitely have the dream of playing USA Basketball. I’ve been a kid watching the Olympic team in 2008 and 2012, and one day getting that chance would be great.”

While Hampton has grown up quickly off the court, at 18-years-of-age his game obviously has a lot of maturing to do before he’s knocking on Team USA’s door. And in order to become a great player, he is learning from current stars as much as he can.

Hampton particularly likes to zero in on Steph Curry and Damian Lillard’s on-court tendencies, but not because they are spectacular scorers.

“I’m watching how they create space and how they move without the ball,” Hampton said. “Steph throws those dimes too so I’ve been focusing on that a little bit as well.”

For now, Hampton will use New Zealand as both his basketball laboratory and his NBA springboard. It’s the route he has chosen over the traditional – but increasingly scrutinised – college system. And while it would only be natural for Hampton to wonder if he had made the right decision, he’s adamant that he’s better off playing professional basketball as soon as possible.

Even when asked if a small part of him occasionally wondered about what it would’ve been like to live the college lifestyle, he didn’t waver.

“My high school in Texas was basically like a college anyway,” Hampton said. “There were so many people, too many people, at my high school. So, I feel like I kinda already know what that [college] experience feels like in a way.”

But don’t let Hampton’s confidence in his decision fool you into thinking it was an easy one for him to make. It was a fork in the road of monumental importance, a decision which would affect the rest of his life. And incredibly, it was Kyrie Irving who unexpectedly help Hampton arrive at his eventual decision.

Months ago, Irving messaged Hampton out of the blue after seeing tape of the youngster and encouraged him to take charge of his own career and pursue whichever path he felt was best, regardless of outside influences.

“I’m always going to make decisions based on how I feel, but it was good for him to give me that advice because he’s one of the best players in the league,” Hampton said. “He’s done it his way and it’s worked out for him, so I took his advice.”

All these months later, the talented teenager has made his decision, and now it’s time to get to work and show the world he made the right call. And when you consider everything that we’ve learnt about Hampton so far, it’s going to be hard not to root for him.