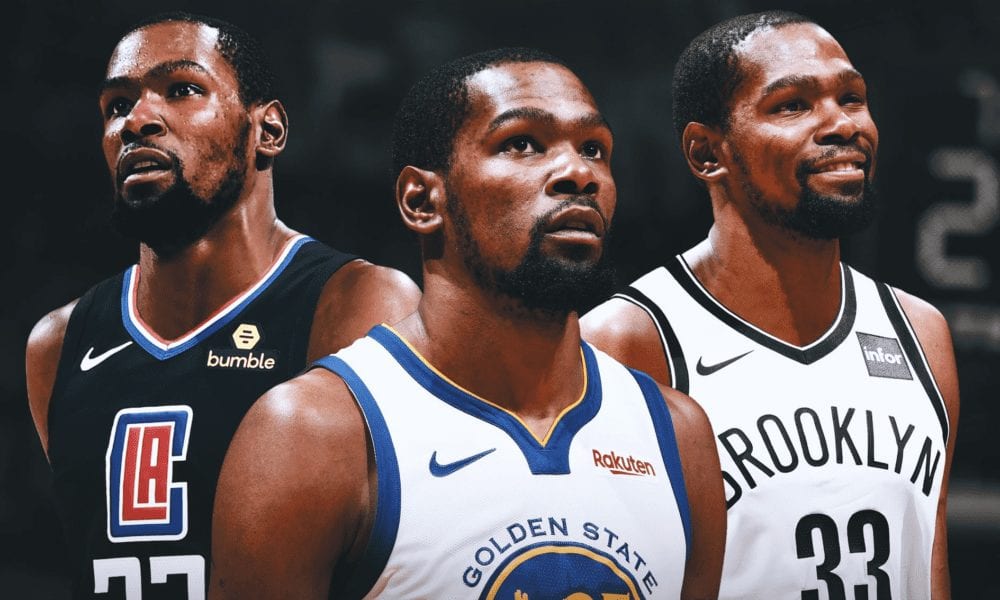 At this time of year even the most committed basketball enthusiast could struggle to keep up with the relentless rumour mill.

Luckily for you, we’re here to help, with a full rundown of the latest buzz surround every major free agent.

Last month Basketball Forever was informed by a member of the Clippers organisation that the team was confident it had both Kawhi Leonard and Durant locked up.

But everything changed when Leonard won the championship and Durant tore his Achilles and the Raptors have since worked their way into the conversation.

The Lakers still think they’re in the running, but absolutely no one else seems to share that view.

The Raptors, meanwhile, have a much better chance of re-signing Leonard than they did as recently as last month, according to Marc Stein.

This is a two-horse race, and it’s neck-and-neck.

Klay Thompson has always indicated Golden State is where he wants to be.

But at 29-years-old, he’s chasing what could be his last chance at max money.

And if the Warriors don’t offer to max him out, expect him to look elsewhere.

That’s the word from Adrian Wojnarowski, who recently reported on Woj & Lowe that Thompson would be “very open” to meeting with the Clippers if the Warriors don’t give him what he wants the moment free agency begins.

But the Clippers’ ability to sign Thompson could hinge on Leonard’s plans, and vice versa.

There was plenty of buzz surrounding the Knicks and Lakers, but the Nets appear to have this one in the bag.

Although, that’s what we all thought about Durant and the Knicks…

The free agency decision that once appeared to be the easiest to predict has since become the hardest.

For most of last season, Durant was a lock to sign with New York, as far as every reporter alive was concerned.

Now, the smart money is on the Nets, Kyrie Irving’s latest destination of choice.

It’s long been speculated that Durant and Irving want to play together, and this week Ric Bucher reported the pair had met twice about exactly that.

But Irving’s decision-making is always unpredictable, and by extension, Durant’s could be too.

The Knicks have long been interested in Kemba Walker, a New York native.

But the latest reports suggest they’ll miss out on him, along with just about everyone else.

The Celtics and Mavericks are leading the race to land the star point guard, according to Marc Stein.

But the Hornets can never be ruled out, due to Walker’s well-known loyalty to the only NBA team he has ever known.

The 76ers were long-time favourites to sign Butler, but they won’t lock him up without a fight.

The Rockets have made landing Butler their number one priority and will push the 76ers for a sign a trade deal once free agency begins, according to Woj.

And yes, the toxic Rockets really do believe that Jimmy Butler, of all people, is the answer to their problems.