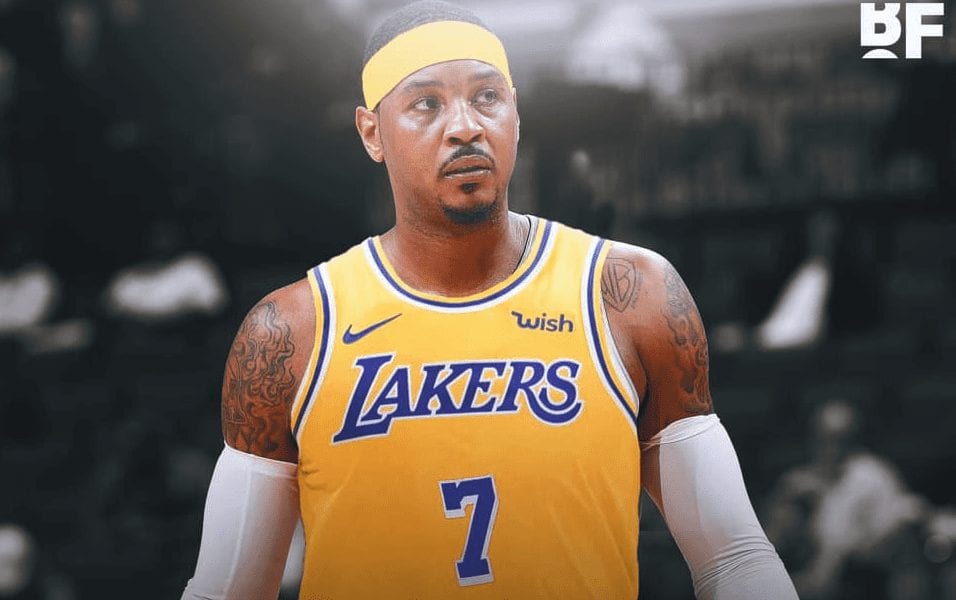 After busily lighting up empty gyms in the months following his unceremonious Rockets exit, Melo is ready to give it one last shot.

And while there was reportedly some mutual interest between Anthony and the Knicks this week, it really feels like Melo is heading to the Lakers.

Let’s break down why.

This is totally something GM LeBron would sign off on

Players are often terrible talent evaluators, and there are few better examples than LeBron.

This is the dude who is once again pushing for his team to sign JR Smith.

In December, LeBron even went on the record saying he still believes Melo has something to contribute.

“I really hope that, before our career is over, we can all play together. At least one, maybe one or two seasons—me, Melo, D-Wade, CP—we can get a year in. I would actually take a pay cut to do that.”

The Lakers are desperate for minimum contracts

With just $24 million available to sign close to an entire roster, the Lakers are crying out for as many minimum contracts as possible, and that makes saying no to Melo even harder.

He might have a lot of flaws, but there isn’t another minimum contract guy out there with the same upside.

According to SNY’s Ian Begley, “most executives monitoring Anthony’s free agency see the Lakers as the most likely destination” for Anthony.

Melo is likely to favour the Lakers over the Knicks

Anthony is certainly more of a beggar than a chooser heading into free agency, but with both the Lakers and Knicks showing interest, he could still find himself blessed with the luxury of choice.

But signing with New York would only appeal to Anthony if Kevin Durant signs there too, and the ‘KD to NY’ traction has slowed down considerably in recent weeks.

The Lakers, meanwhile, are championship favourites.

LA not only gives Anthony the opportunity to win a title, but also the chance to play alongside two of the five best players in the league, including one of his closest friends.

Brace yourself, because all the signs suggest this thing could really happen.