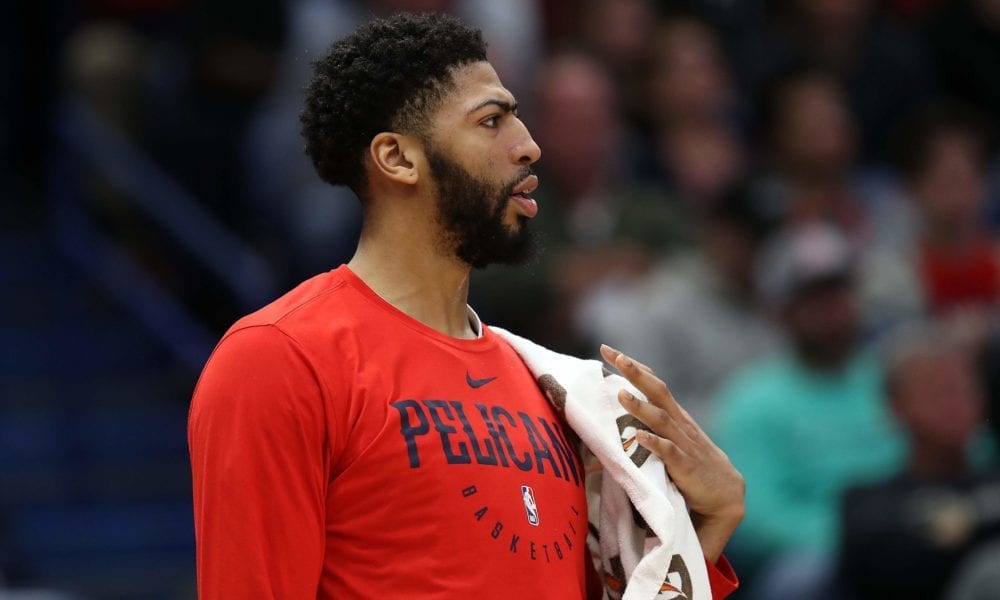 Already we’ve seen Rich Paul slide into Woj’s DMs and leak that Davis will only sign a long-term deal with the Lakers or Knicks (hilarious choices when you consider this whole thing started when AD became sick of playing for a dysfunctional franchise).

Paul also hit back at reports that Boston was in play by warning the Celtics (via Sports Illustrated) that Davis would be gone after a year if they traded for him.

But here’s the problem for Davis and Paul: threats of leaving after a one year might not carry the weight they once did.

Don’t think for a second that potential Davis suitors didn’t notice what happened when Paul George and Kawhi Leonard were in similar positions.

Not only did Oklahoma City have zero guarantee of keeping George beyond a year, but it was presumed to be a foregone conclusion that he would sign with his hometown Lakers after spending a year in OKC.

Then there’s Kawhi Leonard, who just like George, is supposedly pining for a return to his Southern California roots.

But Toronto rolled the dice and traded for him anyway, and even if he leaves this summer, they still won out in a major way and could even end up with their first ring to show for it.

With the Pelicans galvanised against the LA from the beginning, and other teams like Boston likely confident they can convince AD to stay, Paul is hardly a lock to get the Lakers deal he’s worked so hard for.

The Anthony Davis trade drama is back. Here’s the latest: Davis wants to go to the Lakers or Knicks. Rich Paul is warning all other teams that Davis will leave after a year if they trade for him. Woj gives Jeanie Buss’ mob the edge, but Kyle Kuzma appears to be a sticking point for LA’s most glamourous (and dysfunctional) team, with the Pelicans insisting he’s included in the deal, according to the LA Times.

The Cavaliers have hired University of California, Berkeley women’s coach Lindsay Gottlieb as an assistant.

Jayson Tatum insists the Celtics get on perfectly well off the court despite season-long speculation about rifts in the locker room.

Steve Kerr says the Warriors never had any reason to believe Kevin Durant would be at risk of tearing his Achilles by playing hurt in Game 5.

(Man, I still can’t believe we’re going back to Oakland.)