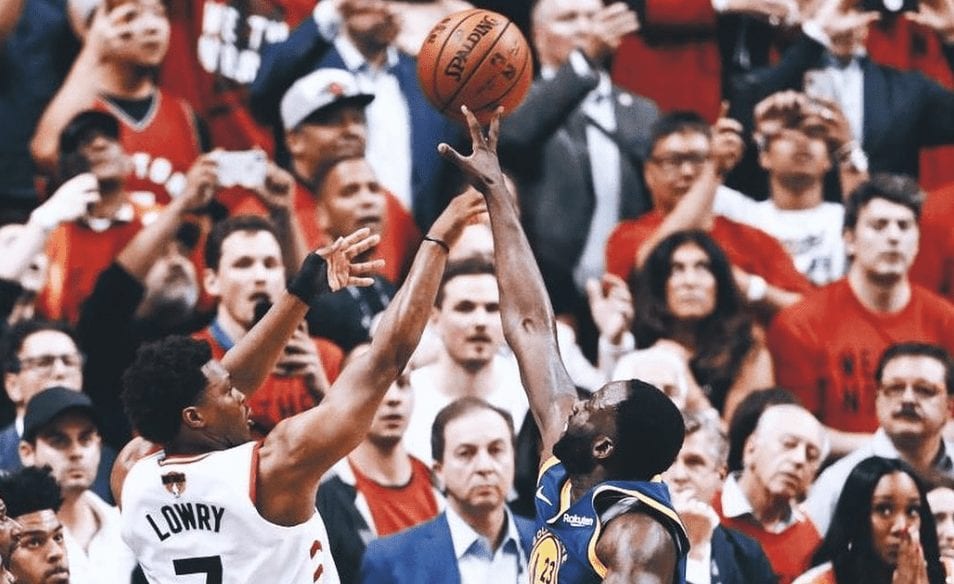 How did they win that?

Seriously, how the F%&! did the Warriors win that?

That’s all I could ask myself as I sat in the office, stunned, as the final buzzer sounded.

All signs pointed to an immediate Raptors title after Kevin Durant went down.

Golden State coming out on top was a struggle to compute in real time.

But take a step back and it all makes sense.

The first thing to consider was the boost Durant’s return provided. There was the psychological lift (much-needed for a Warriors team running on fumes) as well as the shot in the arm he gave their offence (11 points in the first quarter on 3-3 from deep).

Similarly crucial was that timeout. Kawhi Leonard was busily attempting to lock up the chip with his late scoring run when Nick Nurse inexplicably called for time. He later justified it as an attempt to give his guys a much-needed rest, but it was an absolutely killer for Toronto’s momentum, which hadn’t come easily. Draymond Green even told Scott Van Pelt after the game that Nurse’s timeout gave Golden State the chance to regain their composure and steal the game.

Then there was the late-game heroics from Steph Curry and Klay Thompson. Following Nurse’s brain fart, the Splash Brothers staggered off the ropes and started swinging. They landed every blow. First Thompson hit a three, then Curry hit one, then Klay hit another. After being down six with 3:28 remaining, suddenly they were up three late in the piece and on their way to a stunning victory.

Steph and Klay might’ve put the Warriors in a position to steal the game, but it was two of their most trusted teammates who sealed the deal. That moment came when Kawhi Leonard stared down Klay Thompson at the top of the key with seconds remaining and the Warriors up one. Enter stage left: Andre Iguodala, who combined with Klay to provide a swarming double-team. That forced Kawhi to pass to Marc Gasol, who whipped the ball to Kyle Lowry in the corner, who then had his would-be title winning shot blocked by Draymond.

Just like that, one of the greatest ‘backs to the wall’ wins we’d ever seen had been signed, sealed and delivered.

There are still plenty of teams willing to throw max money at Kevin Durant in the wake of his Achilles injury.

Kawhi Leonard has offered his take on Kevin Durant’s injury.

Drake has a message for Kevin Durant. Drizzy who knows a thing or two about untimely injuries, having once damaged his ACL onstage.

The Pelicans are open to trading Anthony Davis but it will likely have to be a multi-team deal.

Tony Parker has hung up the sneakers after 18 glorious years.

The Grizzlies have hired Bucks assistant Taylor Jenkins as their head coach.