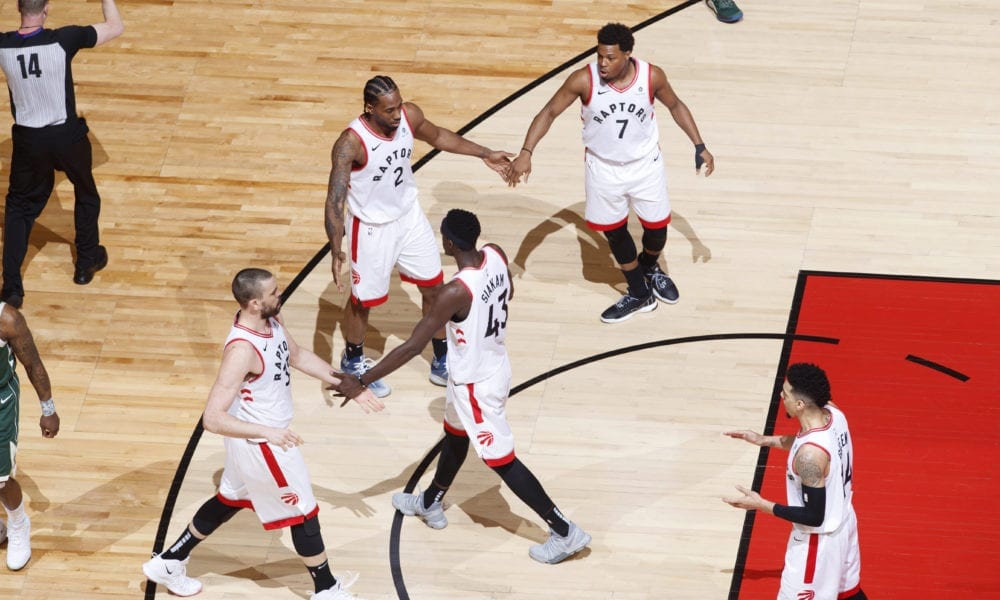 They say a win is a win, but how you get there is always telling.

It said a lot that Toronto needed two overtimes to squeeze out a win against Milwaukee at home on a night Giannis only had 12 points.

The Raptors’ unreliability and general shakiness is concerning, and on Sunday their bad plays really stood out.

There was Pascal Siakam’s missed free throws at the end of regulation, Marc Gasol inbounding to Siakam instead of Kawhi Leonard for the would-be game-winner and Kyle Lowry fouling out with 6 minutes remaining in regulation, to name a few.

When the pressure’s on the Raptors often give you the sense they’re about to screw something up, and they often do.

If Toronto are going to win this uphill battle, they just have to play smarter.

Damian Lillard has confirmed he’s playing through a separated rib since Game 2, but says it hasn’t affected his game and he doesn’t want to use it as an excuse.

Andre Iguodala is questionable for Game 4. The good news is his MRI came back negative after he experienced tightness in his left calf on Saturday.

Draymond Green’s son was flopping so he told him to stop watching the NBA.

The Rockets won’t bring back associate head coach and defensive mastermind Jeff Bzdelik. Houston convinced him to come out of retirement in November when their season got off to a shaky start.

Igor Kokoskov has interviewed for the Grizzlies’ head coaching job. Kokoskov was recently fired after just one season by the wildly dysfunctional Suns.

The Warriors can smell blood in the water.

The Blazers are playing for pride at this point and BetOnline is favouring a Golden State sweep.

There’s certainly some value in that second bet.

I think Lillard, McCollum and the Blazers refuse to get swept on their home court after playing with incredible spirit all season.