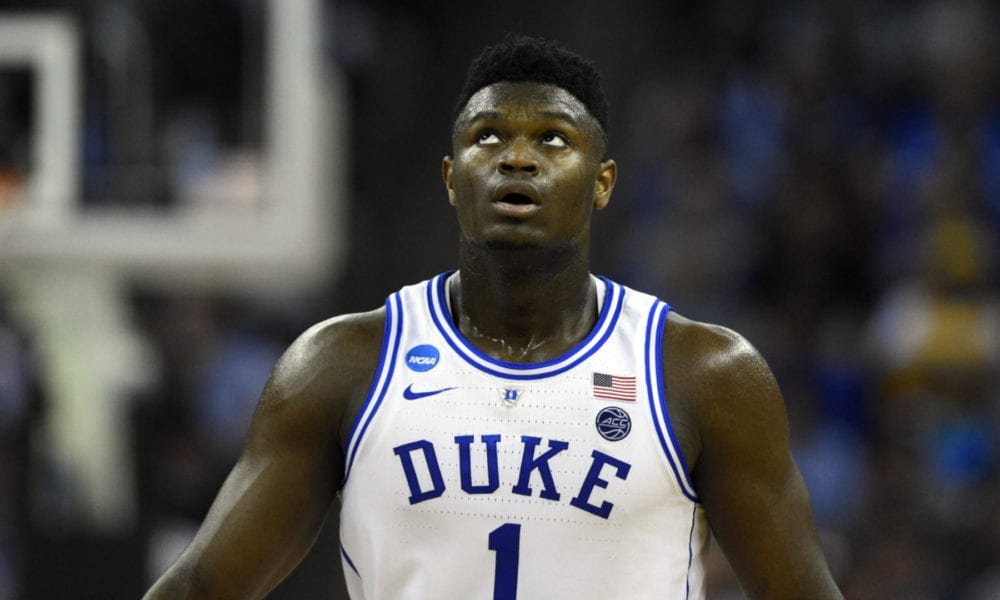 The moment New Orleans won the first overall pick, there was talk that Zion could refuse to play for the Pelicans and return to Duke instead.

But it’s a wildly flawed theory.

The first problem is the ridiculous idea that Zion would leave a contract valued at about $35 million on the table, not to mention a shoe deal which could be worth up to $100 million.

Do you really think Williamson is going to risk getting injured in college (again) before he can lock up all that money?

The second problem is this idea that playing in New Orleans is some sort of disastrous outcome.

Everyone likes to paint the Pelicans as a disastrous franchise while conveniently glossing over the fact they swept the Blazers in last year’s playoffs without their second-best player.

They also recently signed one of the most respected minds in the game to run their basketball operations.

Oh, and next season they’ll be able to pair Zion with Anthony Davis or whichever top four pick they trade him for (RJ Barrett, anyone?).

The Pelicans might not be as sexy a franchise as the Knicks or Lakers, but they aren’t exactly the worst option in the world either.

Zion Williamson is happy with playing for the Pelicans, at least according to his stepdad.

Kevin Durant isn’t even close to returning for the Warriors.

The Grizzlies are making no secret about wanting Ja Morant.

Seth Curry believes the OG Warriors are harder to guard than the Durant Warriors.

Boban Marjanovic kicked a stuntman 15 feet during the filming of John Wick 3.

Get a load of this Charles Barkley story about him taking off his clothes to fight three guys in Milwaukee.

After a spectacular first round performance that will forever live on in Russell Westbrook’s nightmares, Damian Lillard hasn’t been himself lately.

But with Dame hailing from Oakland and a potential 2-0 series deficit staring him in the face, I’m tipping him to bounce back in a major way in Game 2.