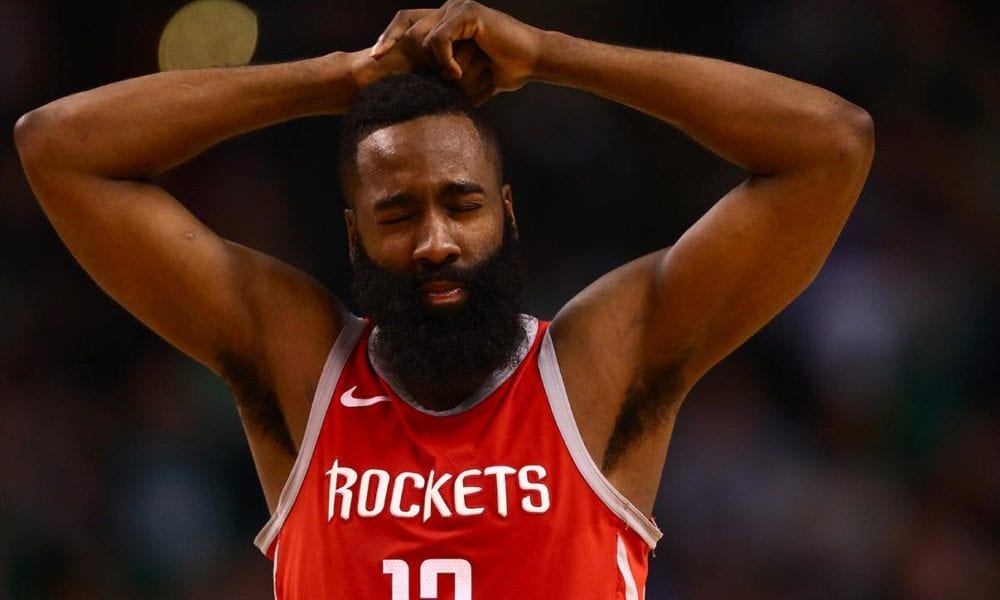 If there was ever a time for the Rockets to finally overcome the Warriors, it was on Friday night.

Houston didn’t have to deal with Kevin Durant, DeMarcus Cousins or Scott Foster, and to top it off Chris Paul had made it to the end of the season fully healthy.

And yet they lost anyway (at home!), and the agony of defeat was only worsened by past wounds.

Houston has been knocked out by Golden State in four of the past five seasons, and while it was hard to imagine a more painful way to lose than blowing a 3-2 lead and missing 27 straight threes last season, this year’s series came close.

Now Chris Paul will be pushing 35 the next time the Rockets get another crack and who knows what sort of form and physical condition he’ll be in.

Then there’s the likelihood that Houston’s roster will be weakened overall in the summer.

That means the only way the Rockets can sign free agents is through minimum contracts and the mid-level exception.

They also don’t have their pick in this year’s draft after trading it to Cleveland in the process of offloading Brandon Knight and Marquese Chriss.

There’s also the distinct possibility they lose some of their cheap yet very solid role players, like Austin Rivers and Gerald Green.

There will inevitably be other teams sniffing around with more money to blow, meaning Daryl Morey will have to bank on finding additional diamonds on the rough next season.

And sure, it might seem strange to suggest the Rockets could be cooked the year before KD finally leaves the Bay.

But after the OG Warriors used Game 6 to prove they could still go one level higher than the full-strength Rockets, there’s never been a more discouraging time for Houston in this holy basketball war.