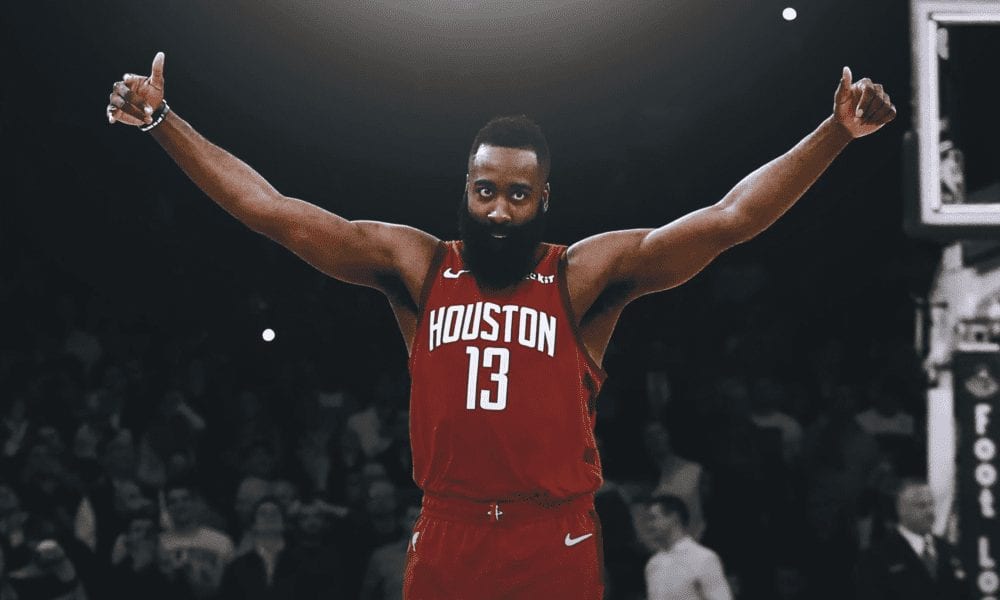 Earlier this season it looked like the Rockets’ championship window had slammed shut.

Chris Paul didn’t look the same, Clint Capela got injured and Trevor Ariza and Luc Mbah a Moute had moved on to browner pastures.

Now? They look better than ever.

Unsurprisingly, that turnaround started with James Harden and his white-hot form has since carried over to the playoffs and torched the Jazz.

He has made a mockery of the league’s second-best defence, with every Utah adjustment proving to be as fruitless as the last.

Even when Ricky Rubio comically positioned himself behind Harden, the Beard still killed the Jazz by scoring in the paint and finding shooters.

The end result was two massive wins with a combined margin of 52 points.

And that was without Chris Paul and Clint Capela playing at their best.

But here’s the scary part: Harden has improved significantly on his MVP season.

He’s a better defender, a smarter offensive player, has developed a better floater, is in better shape, and has continued his all-important Kardashian detox.

Their offensive rating has made another slight jump and they’re outscoring opponents by one point per 100 possessions more than they were last year.

They’ve also boosted their three-point attempts by 251 while their hit rate has only dropped by half a percent.

The most important question for Houston is whether they can get their defence back to where it once was.

The Rockets allowed 4.35 more points per 100 possessions more this season than they did in 2017-18, but their horrific start has bloated that figure.

The losses of Ariza and Mbah a Moute were far from ideal, but new additions Austin Rivers and Kenneth Faried have slotted in nicely while proving their worth at that end of the floor.

Had they not been betrayed by Chris Paul’s hamstring or their 27-consecutive missed threes last year, the Rockets likely would’ve made the Finals.

Much like San Antonio in 2014, the demons of the previous year have now driven Houston to fight for another crack at what they believe is rightly theirs.

Fancy being the Warriors and having to play them in Round 2.

Related Article:  How Much Would These Stars Be Worth In Today's NBA?