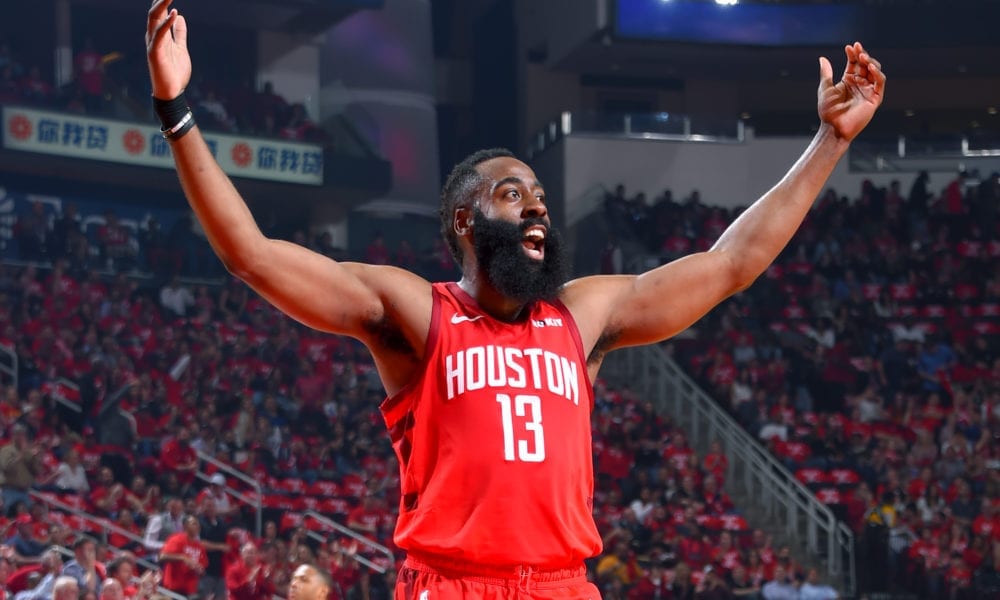 James Harden’s recent exploits would be impressive regardless of the circumstances.

But considering he’s toying with the best defence in the West and forcing them to completely change their schemes from night to night to no avail…this is just blatantly unfair.

And he has obliged, torching them anyway and still getting every step-back and drive his heart desires.

The Jazz had the second-best defensive rating in the league during the regular season (105.2), but thanks to Harden they have the second-worst in the playoffs (120).

The Beard is making a statement, and he’s clearly ready for the Warriors.

Adam Silver isn’t convinced that tampering is any worse now that it has been in the past. LeBron and Magic are presumably offended by such statements.

Steph Curry on the Warriors’ shock loss to the Clippers in Game 2.

Ben Simmons responds to Jared Dudley’s dig about him being “average” in the half-court.

The Nuggets are going to stick with the once handy but currently struggling Will Barton.