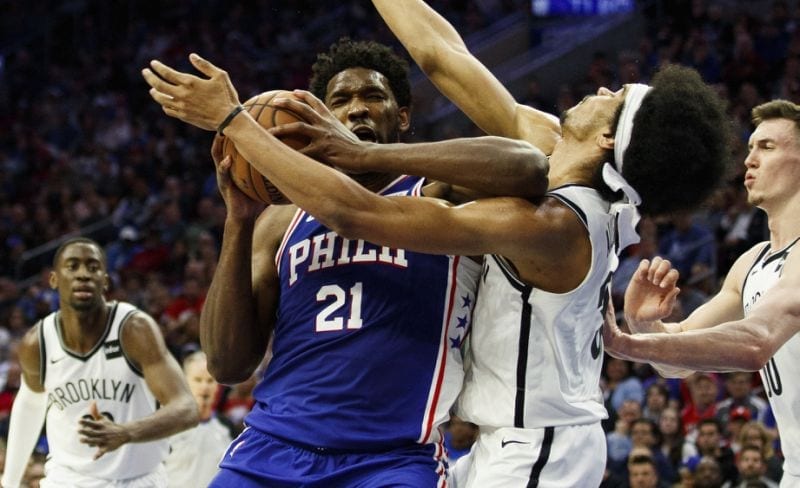 Sharing a confined space with other people for an extended period always causes problems.

Hostel rooms are a great example, and so are NBA Playoff series.

We’re only two games into Sixers-Nets and already there’s a palpable sense of ill will in the air.

It started when Joel Embiid elbowed Jarrett Allen in the head during Game 2 (that’ll do it every time).

That led to Embiid and Ben Simmons giggling at the podium as Embiid “apologised”, before Nets guard Caris LeVert called them out for being disrespectful.

Jared Dudley then added fuel to the fire when he shared some not-entirely-complimentary thoughts on Ben Simmons, saying the Aussie guard is merely average in the half court, touching on something that’s become a sore point in Philly (especially at this time of year).

Game 3 is tomorrow night *insert popcorn meme of your choosing*

Executives around the league are both shocked and relieved that the Lakers appear to be stuffing up their front office rebuild once again, according to Marc Stein.

The Nuggets used the Clippers’ historic 31-point comeback as inspiration for their comeback against the Spurs on Tuesday night.

Jayson Tatum has a picture of himself dunking on LeBron James in his house.

Dirk Nowitzki might be thinking about coaching, but there are a couple of other things he wants to do first.

LeBron James has been named one of Time’s 100 most influential people for the fourth time.