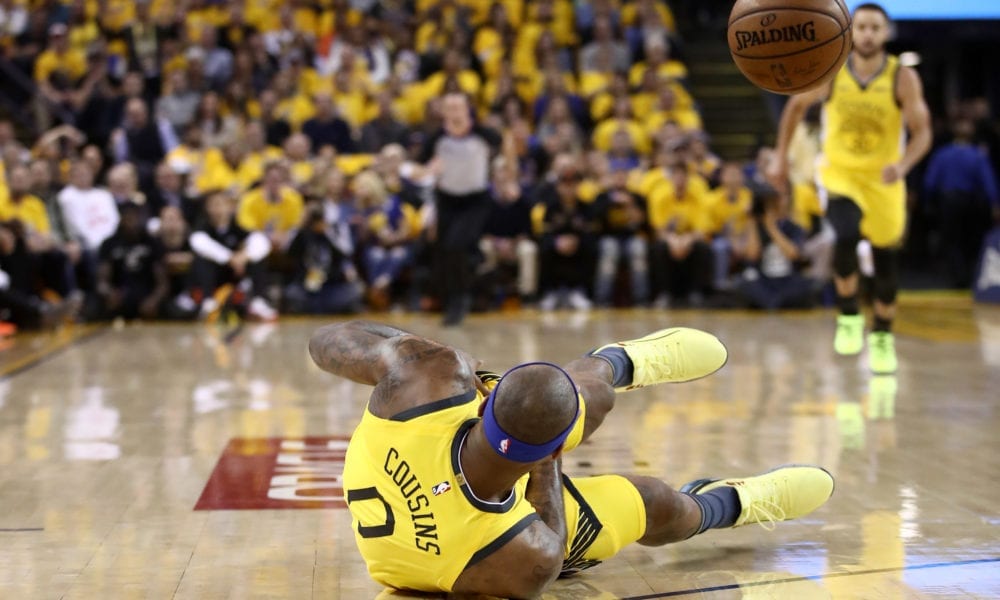 DeMarcus Cousins hasn’t exactly mastered the art of winning friends and influencing people, and defecting to the Warriors certainly didn’t do much for his approval rating either.

And yet it’s impossible not to feel for the guy, after following his Achilles injury with a likely season-ending quad tear on Monday night.

Before last night, it looked like Boogie would at least get a ring for his troubles.

And while he’ll technically still get one, the fact he won’t be on the floor for Golden State’s championship run is beyond cruel.

Oh, and considering the Warriors have looked better without Cousins in recent stretches, don’t get your hopes up that this could make the Warriors even slightly more beatable.

The debate rages on as to whether Joel Embiid should have been ejected for striking Jarrett Allen with his elbow on the way to the basket on Monday night. Embiid only received a Flagrant 1.

Kevin Durant has apologised for his costly postseason technicals and vowed to keep his mouth shut going forward. That’s going to be easier said that done with Patrick Beverly right up in his face for at least three more games.

Luke Walton wants to make it clear that coaching the Warriors to a championship is no cakewalk.

ICYMI, a ‘Friends’ colourway of the Kyrie 5 is around the corner.

The Timberwolves are trying to steal away the Clippers’ GM.

Virginia’s Kyle Guy has declared for the NBA Draft. Guy had himself some epic moments in the NCAA Tournament on the way to winning the national championship.