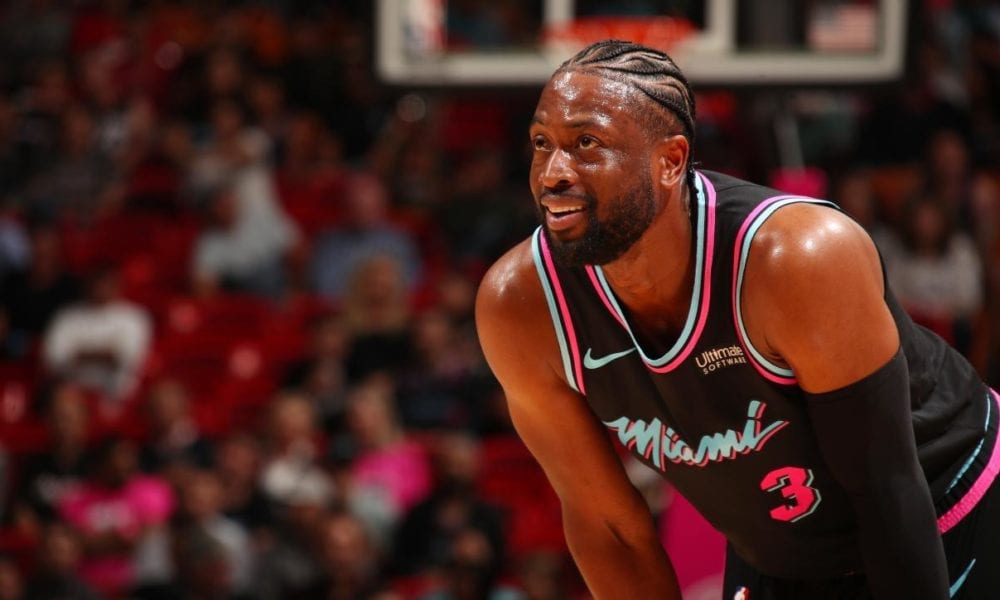 Dwyane Wade will play his last ever regular season game in Miami tonight, and man, it’s going to be more emotional than when Dom and Brian parted ways at the end of Furious 7.

Adding to tonight’s drama is that barring a minor miracle, it will also be Wade’s last game in Miami ever, with the Heat a full game out of the eight-seed and just two days of action remaining.

Here’s what needs to happens for Wade to score one last postseason run:

-Charlotte loses to either Cleveland or Orlando.

So, enjoy these last two regular season Wade games while you can, because they might be all we have.

Do yourself a favour and watch this emotional Dwyane Wade commercial.

Giannis Antetokounmpo turned down a role in Space Jam 2 because he was unwilling to give up two weeks of training.

The 76ers have hired their first ever female coach.

Anthony Davis wore a ‘That’s All Folks!’ shirt ahead of tonight’s Pelicans finale.

Elton Brand reflected on the moment Dirk Nowitzki earned the right to “never have to play defence”.