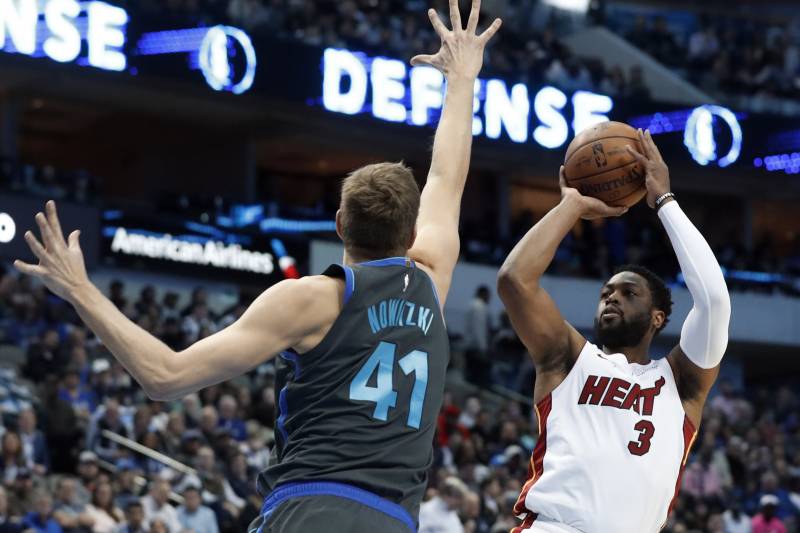 After Chris Bosh’s emotional jersey retirement on Tuesday, there won’t be a dry eye in the house for the second time in 48 hours when Dwyane Wade and Dirk Nowitzki face off one last time.

These foes turned friends have quite a remarkable, intertwined history, including Wade upsetting Dirk in the 2006 Finals and Nowitzki returning the favour in 2011.

But who comes out on top will be largely academic, so long as we get some vintage Dirk and D-Wade moments along the way.

Manu Ginobili will have his jersey retired by the Spurs tonight, and not a moment too soon. Here’s a celebratory reel of his greatest plays.

Jordan Bell has been suspended for one game after ordering something to the team’s hotel this week and charging it to Mike Brown. I’ll leave it to your fifty imagination as to what it might be.

Goran Dragic and Luka Doncic will play each other for the first time tonight and a shitload of Slovenians will be on hand to watch.

Devin Booker dropped 50 for the second straight game after telling someone in the crowd he was going to do exactly that. The Suns lost both games, the first one by 33.

Richard Jefferson and Zach Lowe got into it when discussing the Most Improved Player Award. SOMEBODY STOP THE DAMN MATCH!

We cannot stress enough how bad Lonzo Ball’s cover up tattoo is.