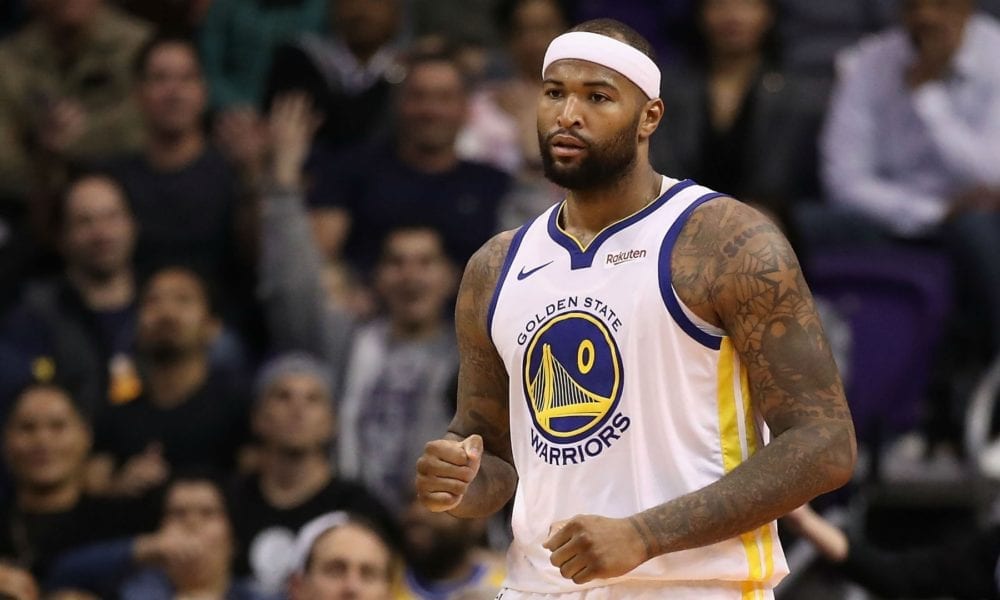 Golden State Warriors star DeMarcus Cousins has been labelled an NBA bad boy for his behaviour both on-and-off the court.

Cousins has had several confrontations with fans during his career and recently revealed the worst obscenity fans have shouted at him, per Yahoo Sports’ Posted Up podcast.

“And it’s crazy because this has happened to me on a few occasions.

I reported it to the league, and, you know, I may have said whatever I said back and I was still punished for it.

Obviously, it became a bigger issue when it was Russ [Westbrook], and he was still fined for it.”

Cousins expressed confusion as to why fans are protected over players.

“I don’t really understand it. We’re the product.

We push this league, so I don’t understand. When does our safety, when does it become important?”

With so many players speaking out about fan behaviour, you can guarantee that changes will take place very soon.

When pushed Cousins refused to disclose in which cities he heard the racial slurs, but league sources revealed that at least one of the incidents happened in Sacramento.

“I don’t really want to [name cities or teams] because I’m not really trying to put a label on an entire fan base,” Cousins said.

“There are ignorant individuals in every city. I’ll just put it like that.”

The four-time All-Star expressed frustration at how the NBA deals with such situations, often punishing players for reacting rather than the perpetrators.

“[The league] tells you to ignore it, or whatever the case may be, but how many times am I supposed to ignore that?

Me coming from where I come from, they lucky all they got was a response.”

Cousins’ most famous response occurred back in 2017 as a member of the Sacramento Kings, when he flipped off Warriors fans and shouted, “F— Golden State!”

The nine-year veteran used that incident as an example of how he was targeted and the abusive fans weren’t punished.

“I remember specifically those fans talking crazy to me the entire game, and then I come out the game and it’s those same exact fans,” Cousins said.

“And I knew they were Golden State fans, so I said what I said.”

Cousins was fined $25,000 for his involvement in the incident, while the offending fans received no ban.

Two years on fan treatment of NBA players is a growing concern for the league, but their reaction is beginning to change.

Most recently, Westbrook had a confrontation with a Utah Jazz fan who told Westbrook to “get on his knees like he used to.”

Westbrook was fined $25,000 – the same amount Cousins was almost two years ago – but the offending fans were permanently banned from Jazz games.

“Of course we want fan experience to be as amazing as possible and we want them to enjoy NBA games and feel like they can interact and all that,” Cousins said.

“But there’s a line that shouldn’t be crossed and it gets crossed often.”

As players continue to speak out about fan behaviour, the NBA undoubtedly will strive to ensure that that line is firmly reinstated.