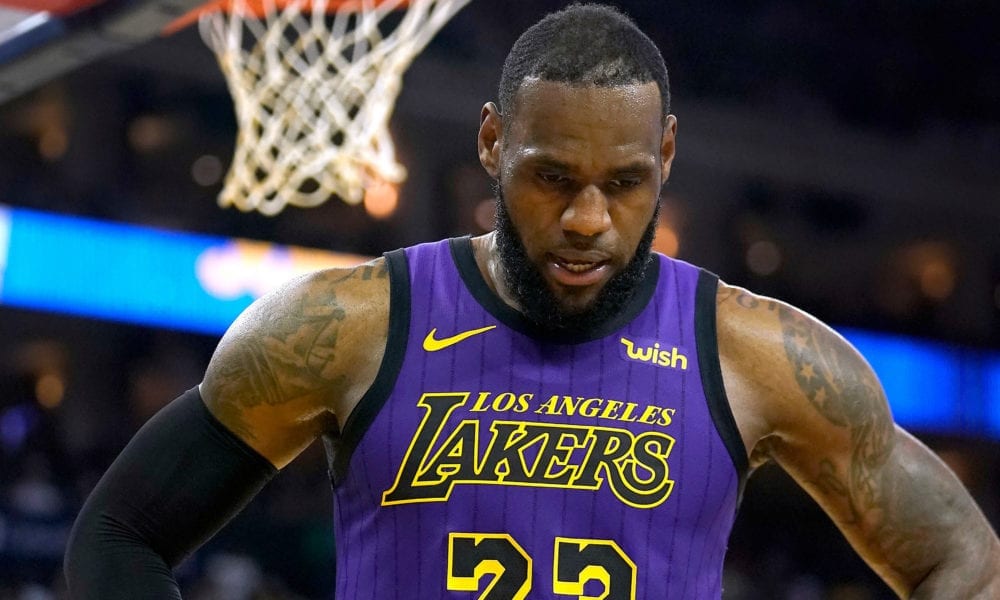 The Los Angeles Lakers were officially eliminated from playoff contention with a 111-106 loss to the Brooklyn Nets on Friday night.

While we’ve known for a while that the Lakers needed a miracle to make it to the postseason, it’s a bitter pill to swallow for LeBron James.

James might be looking forward to a holiday, but he’s not happy with how things played out in his first season in Los Angeles.

[Missing the playoffs] “is not what we signed up for,” James told reporters after their loss on Friday night.

“But you don’t even try to wrap your head around it, you just keep pushing

“Just try to get better tonight, move onto tomorrow, and go from there.”

Missing out on the playoffs after fourteen straight appearances has given LeBron a new appreciation for what he took for granted.

“Playoffs are never promised,” he said. “You’ve got to come out and work.”

“For me personally, you just continue to put the work in and see what you can do to help.”

Despite the disappointment, James’ L.A. experiment has had its ups and downs.

The Lakers beat Golden State Warriors on Christmas day, giving them a 19-14 record that was tied for fourth-best in the Western Conference.

However, James suffered a hamstring injury and missed five weeks of basketball.

By the time he returned in late January, the Lakers were 26-25 and two games out of the playoff picture.

With more injuries to Ball, Ingram and Rondo, the Lakers found it hard to build chemistry and couldn’t find their way back into the top eight.

It’s unclear how many games James will play now that Los Angeles are officially out of the playoffs.

“I’m probably going to have a conversation with the coaching staff and my trainer and go from there,” James said.

“But I love to hoop. Sh–, I’m going to have five months and not play the game.

“So, you know, hopefully I can be in as many games as possible.”

Lakers fans can be reassured that even after a less-than-stellar season, LeBron James is still passionate about playing basketball in Los Angeles.

Now he’s got five months to persuade Anthony Davis to make the move to Los Angeles.