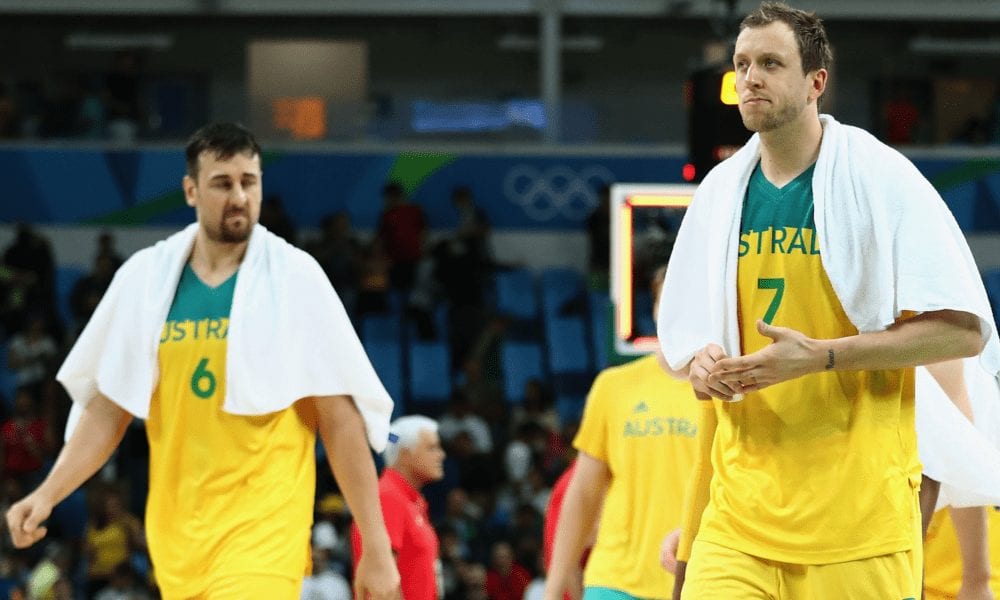 Matthew Dellavedova is a cult hero in Cleveland, there’s never a dull moment when Thon Maker’s around and Aaron Baynes has suffered death by posterization (only to rise again) enough times to carve out his own portion of #NBATwitter.

But perhaps the two biggest characters among Australia’s ever-expanding crop of NBA exports are Andrew Bogut and Joe Ingles, a couple of hard-workers who made it all the way to the top from humble beginnings.

And with Bogut back in Golden State, Ingles has offered some very Ingles-esque thoughts on his return to the NBA.

“I think he’ll really help them and hope he does well and loses in the [Conference Finals] to us,” he told NBA Australia writer and one-time Basketball Forever podcast guru Tom Read.

Ingles is particularly happy to see Bogut back in the NBA, with the two sharing a particularly tight bond in recent years.

“We’re really close, especially the last few years since I’ve been over here we’ve gotten even closer and I speak to him probably too much – we’ve got a lot of common interests off-court,” Ingles told Read.

It probably shouldn’t come as a surprise that these two get on so well, considering some of their similarities.

Both men are playful-shit talkers who approach the game in a way that frustrates opponents but endears them to their teammates.

They always say what they think, both in the media and behind closed doors.

And interestingly, you could argue neither of them are really meant to be here.

Bogut’s return to the league was a surprise to everyone and Ingles very nearly didn’t make the NBA at all.

And after everything each of them has been through with the Australian nation team, their unlikely paths might just cross in the playoffs too.