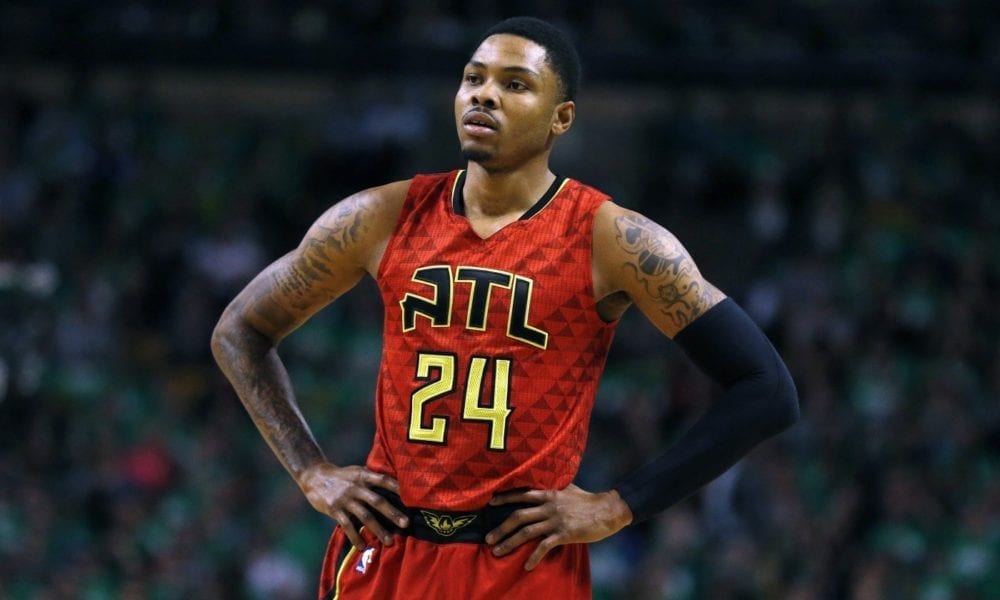 Hawks guard Kent Bazemore issued a statement after he was embarrassed by Rockets superstar James Harden.

Bazemore was defending Harden one-on-one when he tried to anticipate where the reigning MVP would dribble next.

It was a bad idea.

Harden made Bazemore spin around in a full circle like a dog chasing its own tail.

The move prompted the announcer to say, “Someone give Kent Bazemore a map so he can find James Harden.”

With the embarrassing video making the rounds on social media, Bazemore took to Twitter to share an explanation of what went wrong during the play.

“OK, I feel like you guys want an explanation… It’s always a chess match against James Harden,” Bazemore wrote.

“One of the best iso players the game has ever seen. I use the spin on defense for better recovery.

“Either that or fall (I chose the lesser of two evils).

“James likes to step back for the three when the ball is in his left hand which is why I moved up the floor after the spin.

“Had he done that, I would have been in a solid position for the contest. Obviously, I guessed wrong and that’s what makes him such a great scorer.”

The simple explanation for Bazemore’s embarrassing moment is that Harden is the best player in the league at the moment – simple as that.

Bazemore wishes it went down differently, but resigned himself to the fact that there’s not much he can do against a player of that calibre.

“There are a ton of things I could’ve done to put myself in a better position but when dealing with an assassin, they attack when you are most vulnerable.

“Great move bro,” Bazemore added. “All and all, I’m alive and well. Ready for the Jazz tomorrow.”

This has to be the first time in history a player has issued a statement explaining getting embarrassed by another player.