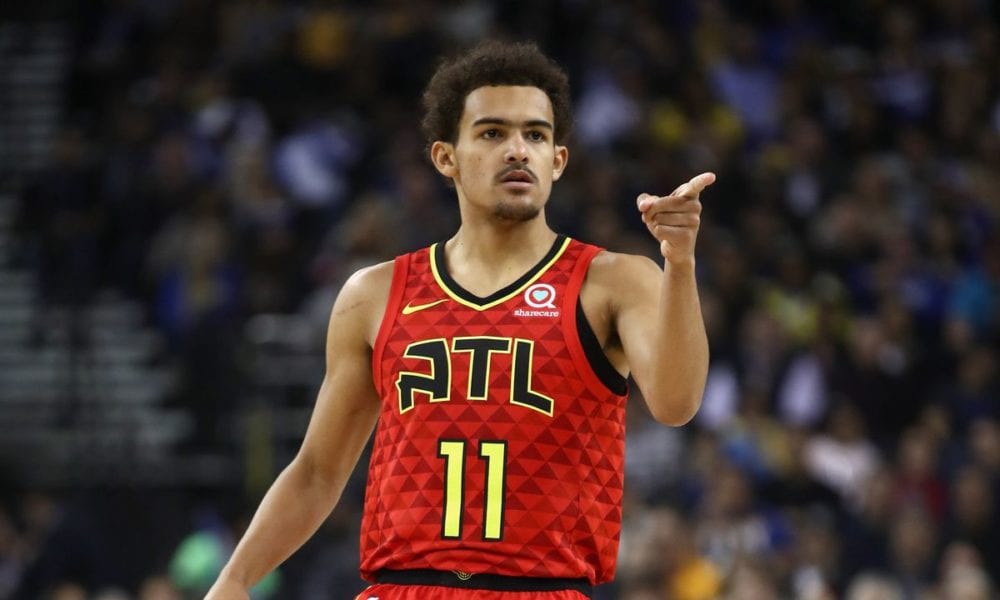 Atlanta Hawks’ point guard Trae Young believes that he should be the 2018-19 NBA Rookie of the Year.

While he respects Deandre Ayton, Jaren Jackson Jr. and Luka Doncic, he feels like he’s the best player out of all of them.

On a recent appearance on Yahoo Sports’ Posted Up podcast, Young was asked if he should win the award.

Jaren Jackson Jr., before he got injured, had a really good year.

This rookie class is deep, but at the same time, I feel like I’m the best one in it.”

It’s as simple as that – no disrespect intended.

Doncic is the favourite to pick up the award, with the Slovenian phenom averaging 21.1 points, 7.5 rebounds and 5.8 assists.

Young has an impressive output too, averaging 18.4 points, 3.6 rebounds and 7.7 assists.

Young and Doncic have won every Rookie of the Month award except in December when New York Knicks forward Kevin Knox picked up the award.

While Doncic is ahead on points and rebounds, Young is the only rookie to have started and played every single game this season.

With ten games remaining for the Hawks Young believes that he can still do enough to prove to the judges he deserves the recognition.

“For me, I want to be the best and if being the Rookie of the Year and getting the hardware is going to determine if I’m the best rookie in my class, of course I want to win it,” Young said.

“I still believe there is time. I think my month of November, the way I played it, the shooting, really hurt me this year.

Looking back at it, if I could do it over again, I would and just play the way I am now.

But I think I had to go through that to be where I’m at now.”

Time is running out for Young to make his point, but you can expect an exciting end to the season for the 20-year-old.