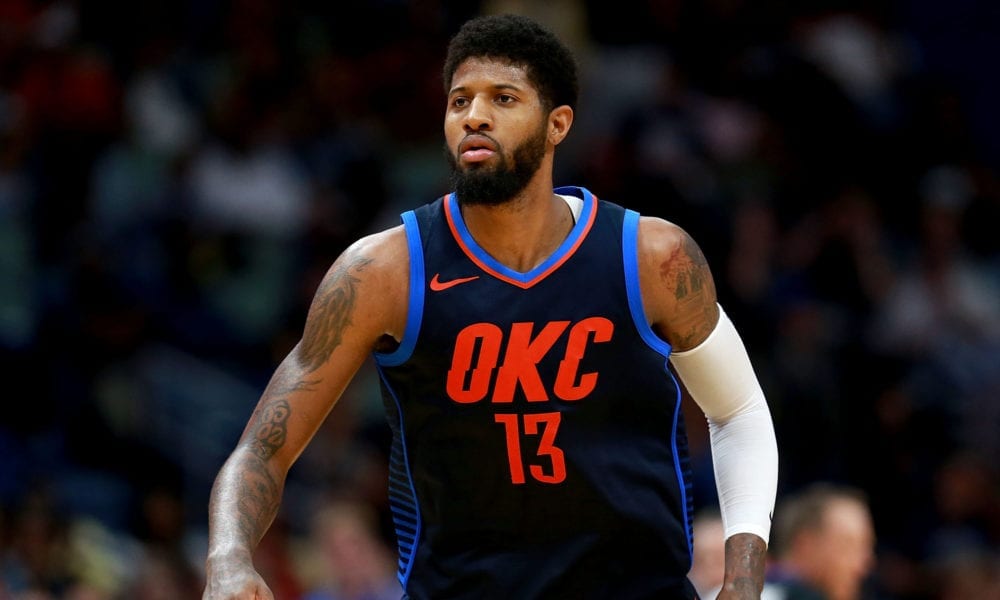 Paul George isn’t too concerned about Lakers fans who hold a grudge against him for not signing with them as a free agent last summer.

George, who is averaging 28.3 points,  8.2 rebounds and 4.2 assists, is having an MVP-calibre season with the Thunder.

Alongside his individual brilliance, the Thunder are also sitting at fifth spot in the Western Conference.

The Lakers are twelfth in the West and out of playoff contention.

It’s pretty much a no-brainer to say that the six-time All-Star thinks he made the right choice.

“L.A. can hate me or love me. The decision was ultimately mine.”

Paul’s decision to sign with OKC over the Lakers surprised many NBA experts.

George wanted to play for the Lakers, but he never gave the franchise a meeting even though he had the chance to play with LeBron James.

“I think my words kind of threw people off because they read one sentence and it’s ‘Oh, he’s going to L.A.,'” George said.

“I wanted to go to L.A. I said that, and I voiced that ever since the Pacers were just about to trade me.

George was so impressed with the Thunder franchise and the city itself that he now couldn’t imagine himself anywhere else.

“That’s where I feel comfortable at. I think people just got caught up in the situation a little too much.

Now in George’s second season for the Thunder he is even more comfortable.

He knows his role in the team, has grown offensively and has developed his combination with Russell Westbrook.

“I truly felt I picked the place that I can succeed and take it to the next level and be the best player I can be,” George said.