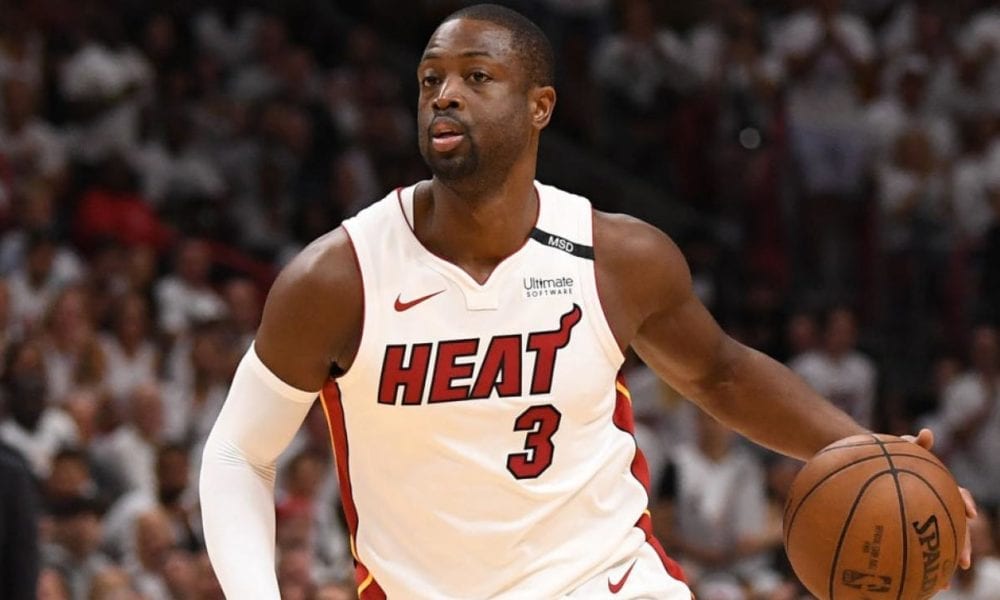 There was a time when Dwyane Wade was playing with two of the best teammates in NBA history, winning titles and still thinking about retirement.

In his last season in the NBA Wade has revealed just how close he was to throwing it all away during the Big Three era, per LA Times’ Dan Woike.

It wasn’t that he lost his love for the game, or Miami, or the Heat organisation – his knee pain was just too much.

At times the pain was so bad that he couldn’t even bend them to put on underwear.

And after games, when his knees would balloon out to the size of basketballs, it was just unbearable.

Wade was in such pain that it took the enjoyment out of the game. He seriously thought about retiring.

“My knees were in so much pain,” Wade said. “In my right knee, I had two sets of different bone bruises.

I also had chondromalacia under the kneecap, which irritates the kneecap to the extent where it’s just more pain.

In my left knee, I had three surgeries so I’m dealing with arthritis.

I’m dealing with swelling and all the stuff that comes with that.”

The pain was nearly too much for Wade, despite the excellent position he was in career-wise.

Advice from best friends LeBron James and Chris Bosh, as well as a lessened workload,  helped Wade continue his career.

But it was his will and determination to push through the pain that is to thank.

Now, on his “one last dance” around the NBA, Wade will leave the NBA on his own terms and not because of ligament sprains or arthritis.

“You never know when it’s going to end for you,” Wade said during All-Star weekend.

“For me to be able to decide that this is my last season and for the fans, the ovations I get in every arena, for the love I get every time we pull up to a hotel, for the things that teams do in the arena for me, it’s just been great.”

Wade will retire after this season after a stellar 16-year career in the NBA including three NBA titles, 13 All-Star appearances and eight All-NBA selections.