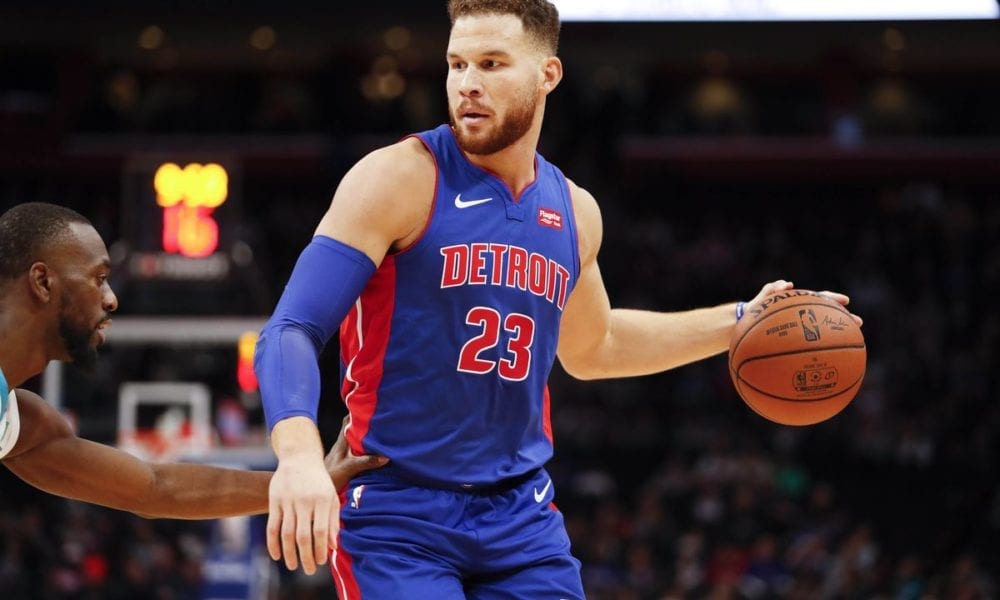 Back in December Blake Griffin confronted a Minnesota Timberwolves fan in the last seconds of a Pistons win.

A furious Griffin had to be restrained while the fan was ejected by arena security.

“Being called ‘boy’ is what triggered Blake Griffin’s confrontation with a Timberwolves fan earlier this season,” Ellis revealed on Twitter.

Being called “boy” is what triggered Blake Griffin’s confrontation with a Timberwolves fan earlier this season. https://t.co/lU5cXx3yuS

The new information comes after several fan-related incidents centred around Russell Westbrook and the Utah Jazz.

In the past few days the Jazz have banned two fans for life for taunts aimed at the OKC star.

The first fan was banned for telling Westbrook to “get down on your knees like you used to.”

The second was handed a life ban for calling Westbrook “boy” before a playoff game in 2018.

To Russell Westbrook’s defense, here is even further proof of his previous interactions with Utah Jazz fans. In this video, @russwest44 is called a “boy” by a Jazz fan ahead of Game 4 of OKC’s first-round playoff series against Utah on April 23, 2018 at Vivint Arena. pic.twitter.com/lc6slA7fTo

After the recent events, Ellis felt it necessary to share the Blake Griffin story.

It shows that racial taunts are more extensive than just a couple of remote incidents in Utah.