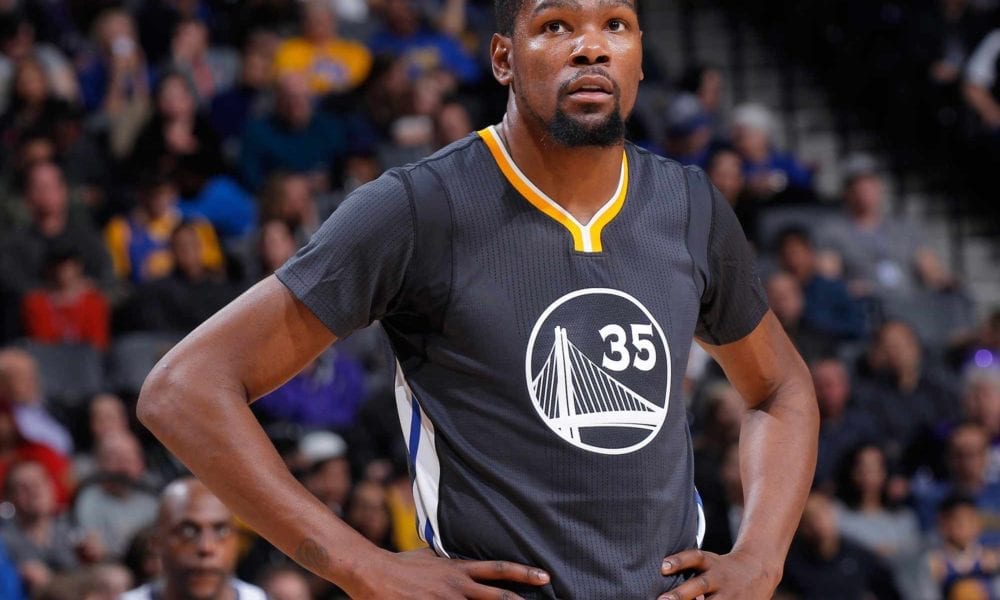 Almost two years ago it was revealed that Kevin Durant used fake social media accounts to defend himself online.

There has probably never been a more embarrassing moment in the entirety of human history.

KD has secret accounts that he uses to defend himself and forgot to switch to them when he was replying to this guy I’m actually speechless pic.twitter.com/9245gnpa3c

Since then Durant has done his best to ignore the controversy and the whole incident has been kind of forgotten.

Durant was interviewed on the ESPN+ show, The Boardroom, and host Jay Williams asked him to explain the secret accounts.

“I wasn’t used to that amount of attention,” Durant said.

“I wanted a place where I can talk to my friends without anybody butting in my conversations or mixing my words or taking everyone out of context.

“It’s a cool place for me to just be me instead of worrying about Bleacher Report or Barstool mixing up anything I want to say to CJ [McCollum] or friends from back home, you know?

I just try to… I guess I try to live a normal life out in the public, I guess.”

So there you have it, the supposed reason that Durant used secret social media accounts.

Except he isn’t being truthful.

The burner accounts weren’t about interactions with family and friends away from the public eye.

They were used to respond to fan criticisms and make judgments of his own.

I guess Durant is only honest when talking about himself in the third person from one of his burner accounts.