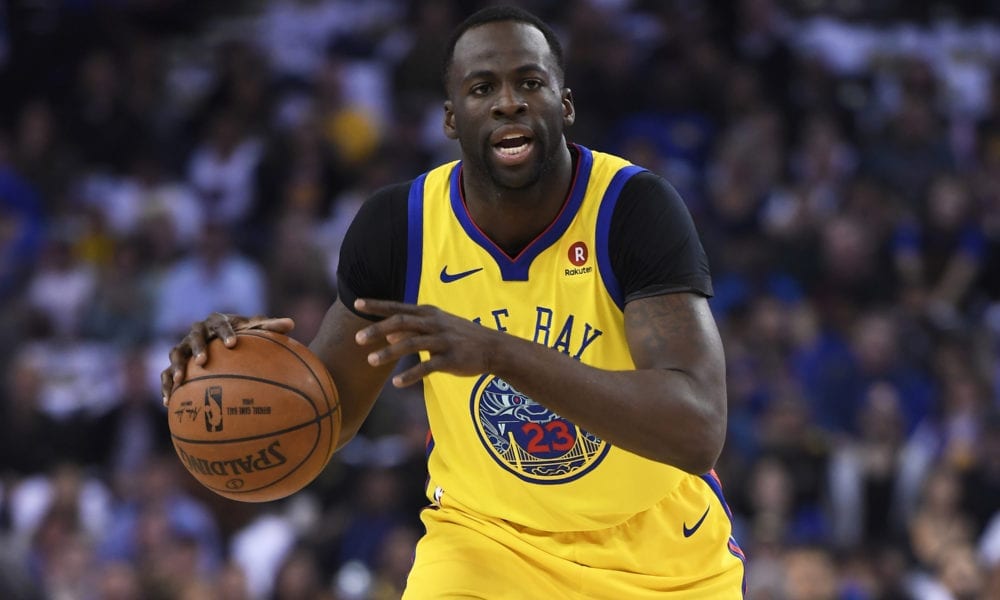 Golden State Warriors star Draymond Green is always one of the most vocal players on the court.

He is constantly barking at his teammates, opposition players or the referees.

But even Draymond believes that fans “often” fans cross the line with the way they interact with players.

“I guess it’s just the nature of what we do,” Green told reporters after Friday’s practice, per ESPN’s Nick Friedell.

“I don’t really understand why grown men get off by coming into someone else’s job and saying bullsh**.

I guess that’s a way of letting out frustration in their life, but it’s kind of stupid to me.”

Draymond should remember that those grown men, women and children who yell out at players are the reason he gets paid so well.

It’s difficult to tell whether fans’ treatment of players has gotten worse recently, or if players have just decided that enough is enough.

But it’s clear that fining players for verbally defending themselves against fans isn’t going to solve any problems.

“So if I’m like someone who’s probably not as happy with my life and I’ve got an opportunity, where I’m going to someone else’s place of employment and I know if I say something crazy to them and they say something back they lose money, misery loves company,” Green said.

“I think our penalties are raised and blasted to the world, people will keep doing that. Because at the end of the day, what do they [the fans] really lose?”

There seems to be an answer to Draymond’s question already.

The Utah Jazz permanently banned a fan who taunted Westbrook during Monday’s game.

Though to Draymond’s point, Westbrook picked up a $25,000 fine for the verbal altercation.

It’s useful to remember that the majority of fans are respectful and add to the NBA’s fantastic atmosphere.

But it just takes a few bad eggs to tar the relationship between players and fans.

As Jazz owner Gail Miller said in an address to the Utah crowd, “No one wins when respect goes away.”