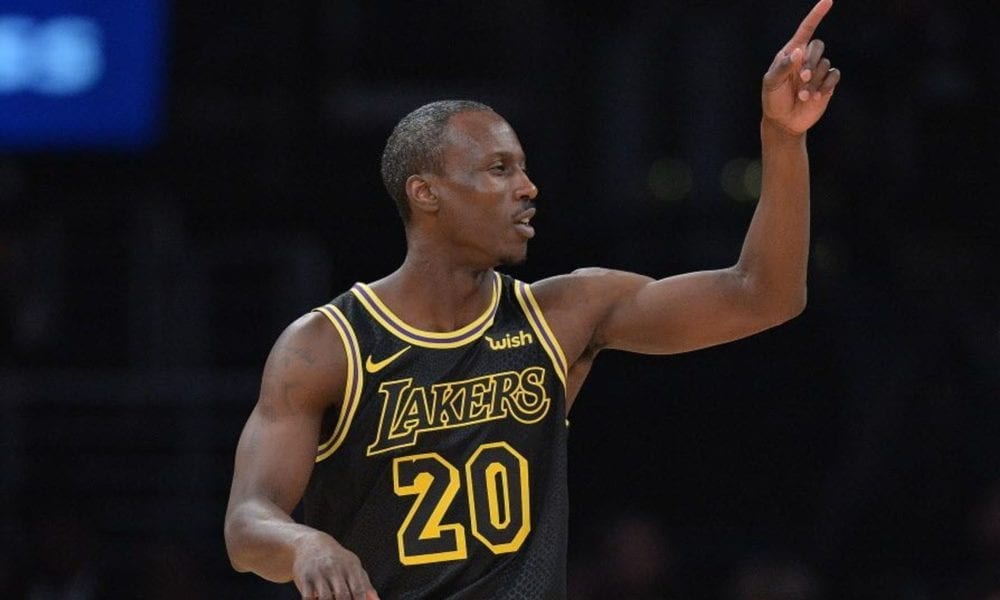 With the Los Angeles Lakers season pretty much over, the Lakers have done something to make their fans smile.

They might have failed to sign Anthony Davis, but the Lakers have announced the signing of 33-year-old Andre Ingram to a 10-day contract.

If you feel like smiling this morning, take a look at the video of Ingram receiving the news below.

Andre Ingram is back in the @NBA!

Watch the exact moment he found out he was returning to the @Lakers.#LakeShow | #SBLakers pic.twitter.com/a9UzwfkRbc

You may remember Ingram from the two games he played for the Lakers last season, in which he scored a respectable 24 points.

He became a fan favourite when he dropped 19 points in the team’s loss to the Rockets on April 10 last year.

Ingram, who made his NBA debut at 32 years old, even drew “MVP” chants with the actual MVP James Harden on the floor.

The veteran guard spent 10 years in the NBA G League before finally getting his break for the Lakers.

Though he performed well in his two games last year, Ingram missed out on an invite to Lakers training camp in the offseason.

Now, with only a few weeks left in the regular season, Ingram gets another chance to impress.

Earlier in January Ingram appeared in his 402nd career game in the G League, becoming the league’s all-time leader in game’s played.