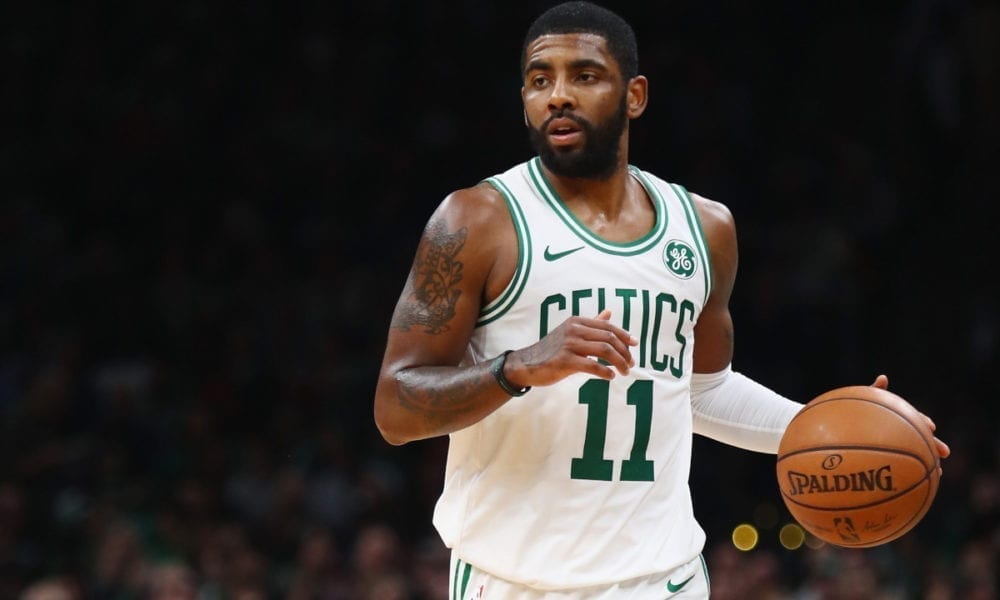 It is no secret that Kyrie Irving hasn’t been the happiest camper during his first season at the Boston Celtics.

Since leaving the Cleveland Cavaliers Irving has struggled to replicate the leadership, commitment and patience shown by his former mentor, LeBron James.

Frustration with his new role and a less-than-stellar season has led Kyrie to lash out at the media on several occasions.

But after the Celtics 120-107 win over the Lakers on Sunday night, Kyrie took the time to explain his actions and offer an apology.

“I’ve made a lot of mistakes that I take full responsibility for.

I apologize. I haven’t done it perfectly. I haven’t said the right things all the time.

I don’t want to sit on a place like I’m on a pedestal from anybody.”

Irving was remarkably honest, going on to explain that his irritation stems from his obsession with trying to prove detractors wrong.

“I’m a normal human being that makes mistakes,” Irving continued.

“I think because of how fixates I was on trying to prove other people wrong, I got into a lot of habits that were bad, like reading stuff and reacting emotionally. That’s just not who I am.”

A reflective Irving made it clear that he still has his problems with the media, though he doesn’t want his actions imitated by younger players.

“Being one of the top guys in the league, this all comes with it,” Irving said.

It’s for the players that are coming behind me who will be in this league and setting an example for  them on how to handle things and how to evolve within your career.”

The All-Star guard was criticised last week for his treatment of the media, with retired players pointing out he had no problem with cameras while promoting his Uncle Drew movie.

When asked about the criticism, Irving smiled and said he had heard the comments.

“I never took any acting classes. I didn’t put any extra work into it. It was just something I was able to do and it became this,” he said.

“Look, I respect the ones that came before me, but they didn’t endure social media, the 24/7 news cycle.”

Irving then mentioned the problem of social media and anxiety raised by commissioner Adam Silver last week, saying that he feels the effects himself.

People are dealing with anxiety, depression and other disorders that affects their well-being.

Some people can’t handle all of this and we need to be mindful of that.”

After behaviour that led Charles Barkley to call Kyrie Irving miserable, it is refreshing to see Irving addressing the media in a dignified and respectful manner.

Let’s hope he can treat his Celtics teammates in the same way.