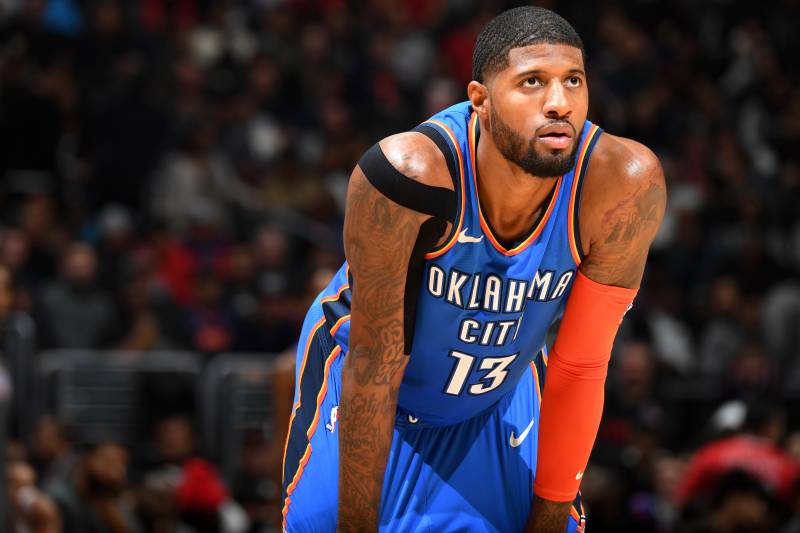 On the night the Thunder suffered a 34-26 foul differential in favour of the Clippers, with Russell Westbrook and Steven Adams fouling out in the fourth quarter.

While some may say that the foul disparity was caused by poor discipline or the Clippers’ home court advantage, George has another theory.

“It’s getting out of hand, where we somehow just walk teams to the line.  And there’s nobody that gets more contact.”

“If I don’t speak for myself, I speak for Russ,” George continued.

There’s nobody that gets more contact than Russ going to the basket, and that’s just crazy.”

An emotional George then complained about what he perceives as a lack of accountability from referees.

“I don’t understand it. It’s a piece of sh– being on that floor. We giving everything we got.

We’re playing hard, we’re getting grabbed. We’re getting scratched, clawed, held, shoved. And there’s nothing for it.

The officials just get to walk out, and there’s nothing that penalizes them for not officiating the game the right way.”

“To play without fouling is tough sometimes,” Westbrook said. “A lot of those guys, like, play to get fouled.”

“That’s how the game is nowadays. It’s not really basketball. You’re just playing to get fouled to see what happens.”

Coach Donovan put the responsibility on his players, who he simply believes fouled too much on the night.

“Our guys are playing really hard and really competing,” Donovan said. “But we are fouling too much away from the ball when we don’t have to.”

It just goes to show how many versions of one event there can be.

Paul George has been fined a total of $198,000 throughout his NBA career, $50,000 of which was for three separate occurrences of criticism of officials, per Bleacher Report.

George can expect another sizeable fine from the NBA by the end of the week.