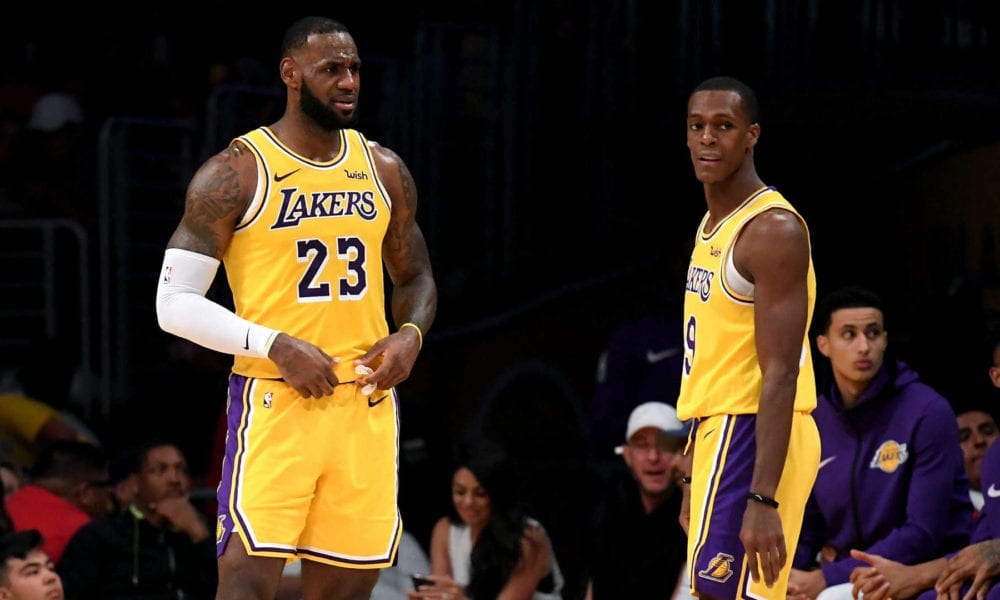 The Los Angeles Lakers have been a good team with LeBron James this season, that is until he is joined on the court by Rajon Rondo.

How do we come to this conclusion?

Because the Lakers plus-minus for the season with LeBron James and Rajon Rondo on the floor is an abysmal -55, per NBC Sports’ Tom Haberstroh.

What is makes this stat so staggering is that the Lakers are an effective and efficient team when anyone but Rondo is on the floor.

LeBron and Kuzma, Hart, Ball and McGee all have positive plus-minuses over 50.

And King James doesn’t have a negative rating with any other player on the Lakers roster.

So what does the LeBron-Rondo stat tell us about the old foes turned teammates?

That the Lakers can’t score when they are on the court together.

It’s not just the plus-minus that shows these struggles either.

The Lakers have an offensive rating of 100.6 per 100 possessions with Rondo and James on the court.

That is the worst offensive rating for any pairing involving LeBron since he played with Norris Cole during his rookie season in Miami.

Everything from LeBron’s defence to Kuzma’s girlfriend and Walton’s coaching style has been blamed for the Lakers struggles.

It was Rasheed Wallace that famously said ‘ball don’t lie’.

But anyone that’s seen Moneyball knows that numbers and statistics don’t lie either.

And the numbers are screaming one thing.

The Lakers are a winning basketball team when LeBron James plays with anyone except Rajon Rondo.