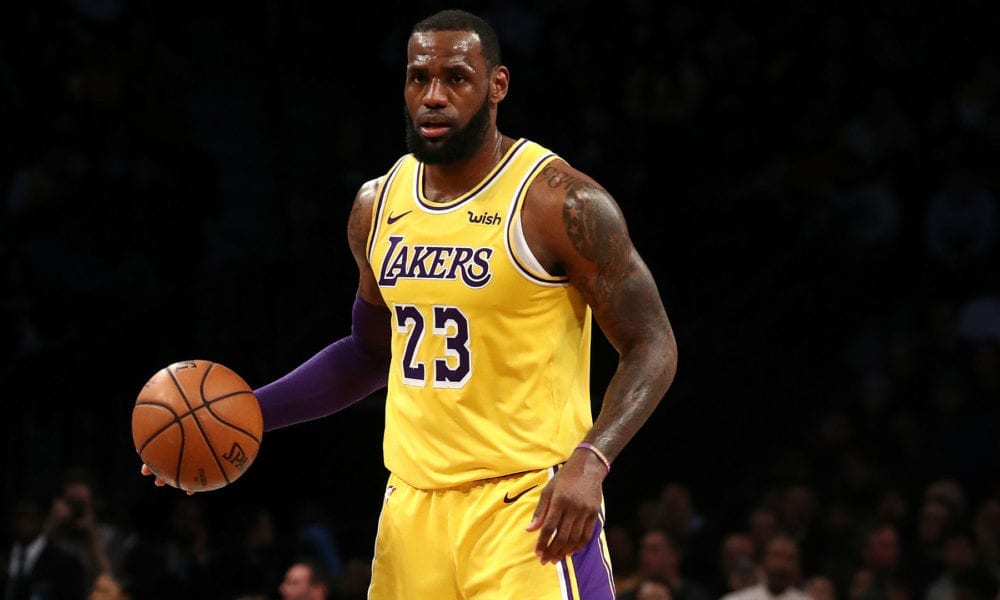 With the Lakers’ playoff chances close to non existent, the speculation that LeBron James could sit out for the rest of the season has gained traction.

This would not only provide some invaluable addition rest for James, but allow the Lakers to plummet even further down the standings and boost their chances at high-end pick to include in a future Anthony Davis trade proposal.

Dropping by just another two and half games would allow the Lakers the fall nine spots league-wide and enter the lottery with the eighth-best odds.

But talking LeBron into sitting out isn’t going to be easy.

“That would take a lot of convincing from Luke [Walton] on up,” James told ESPN on Tuesday.

No one from the Lakers has talked to LeBron about skipping games so far, according to ESPN’s Dave McMenamin.

“That conversation hasn’t occurred, but I’m sure it can happen soon,” James said.

LeBron did concede that monitoring his playing time, at the very least, would likely make a lot of sense.

“You kind of look at the rest of the games, and look at the percentages of what’s going on there in the future, and see what makes more sense for not only me but the team itself as well,” James said.

Reading between the lines, it appears LeBron knows sitting out games would be a bad look, and it’s presumably not how he’s wired having been the most durable and consistently competitive player in the league for more than a decade.

But even he knows he should reduce his load, and you can expect that conversation to happen behind closed doors soon enough.