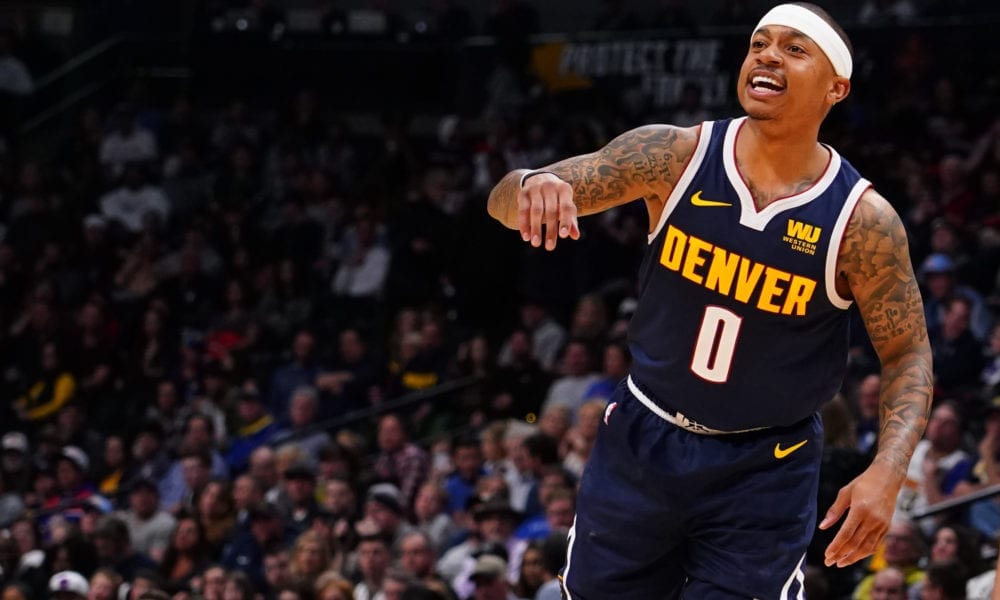 The answer is: it can’t.

The 42-20 Nuggets built their season on team basketball and sharing the ball.

Yet since Thomas has returned from a hip injury he acts like he owns the ball.

Thomas is, and always will be, a fearless volume shooter.

Whether it’s the first minute or the last, he’s going to back himself to score over just about anyone.

The problem is that the Nuggets bench unit has been successful without him.

Denver doesn’t need I.T. to play hero ball – they need him to stretch the floor from the perimeter and make the right passes.

But Thomas is determined to play like Kobe Bryant in his last game.

Against the Pelicans on Thursday the former All-Star threw up a whopping 14 shots in only 16 minutes.

While there was always going to be an adjustment period Thomas to integrate into Denver’s system, it has been the other way around.

Since his return I.T.’s usage rate is 28.1 percent, which is about the same as Kyrie Irving, per The Denver Post‘s Mark Kiszla

That means that he dominates the ball more than Nikola Jokic (27.5 percent), which is obviously a major problem.

The Nuggets have now lost three games in a row, being outscored in each game while I.T.’s bench unit is on the court in the second quarter.

With the playoffs just around the corner, the question is whether the Nuggets stick with the Isaiah Thomas experiment or take him out of the rotation.

It must be tempting to go back to Monte Morris, who has been the perfect backup point guard throughout the regular season.

The shame of the situation is that neither Thomas or the Nuggets are at fault.

Thomas understandably wants to go out there and show that he is still the high-scoring, high-flying I.T. of old worthy of a big NBA contract.

But Denver also had a bench unit that was going strong before him.

They don’t want I.T. driving to the rim for contested layups, they want him to making passes and play defense.

Whatever they choose, this is all coming at a terrible time for the Nuggets.

With 20 games left in the regular season, they will have to figure out what they want to do with Thomas fast, or risk hurting their chances of making a deep playoffs run.