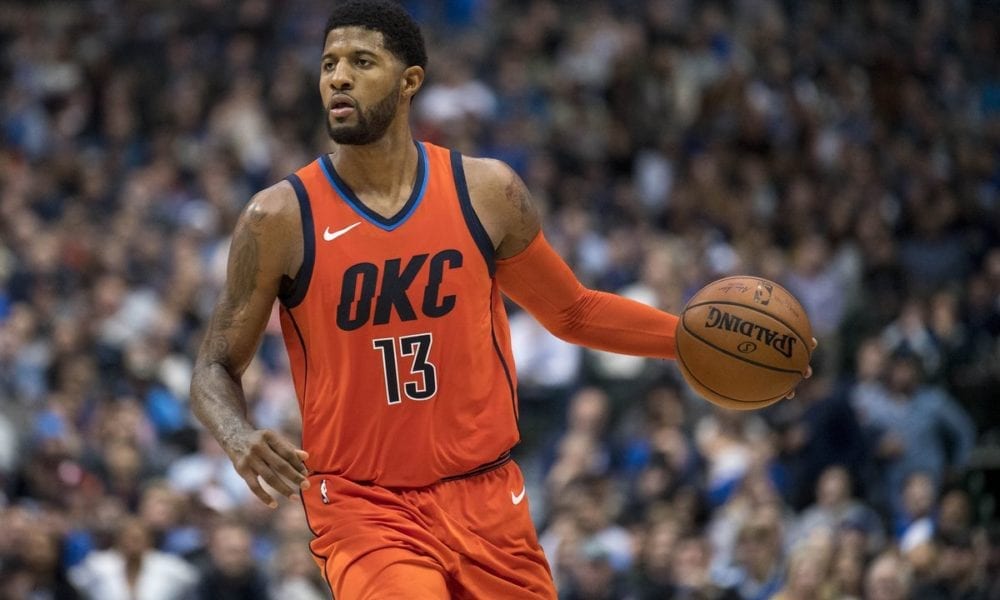 LeBron James tampering with Anthony Davis has now become a meme, but two years ago the Lakers were in hot water over real tampering allegations.

The NBA investigated the Los Angeles Lakers for tampering with Paul George two years ago – and went to extreme measures to find the truth.

Presenting at the Sloan Sports Analytics Conference, NBA commissioner Adam Silver admitted that the league hired investigators and examined mobile phones of those involved in the case, per Bleacher Report’s Adam Wells.

League investigators found the Lakers guilty of tampering and they were hit with a $500,000 fine in August of 2017.

It was found that GM Rob Pelinka had a conversation with George’s agent “that constituted a prohibited expression of interest in the player while he was under contract.”

At least Pelinka tried to keep his tampering secret, something that Lakers president of basketball operations Magic Johnson couldn’t manage.

Johnson was also warned by the NBA for comments made during an appearance on The Jimmy Kimmel Show.

“We’re going to say ‘hi’ because we know each other,” Johnson said.

“You can’t just say, ‘Hey, I want you to come to the Lakers,’ even though I’m going to be wink-winking.”

But the tampering by Johnson and Pelinka didn’t work.

George was expected to join the Lakers, but was traded by the Pacers to the Oklahoma City Thunder in mid-2017.

While he may once have dreamed of playing for the Lakers, since moving to Oklahoma George has been playing the best basketball of his career.

The six-time All-Star signed a four-year contract extension with the Thunder last offseason.