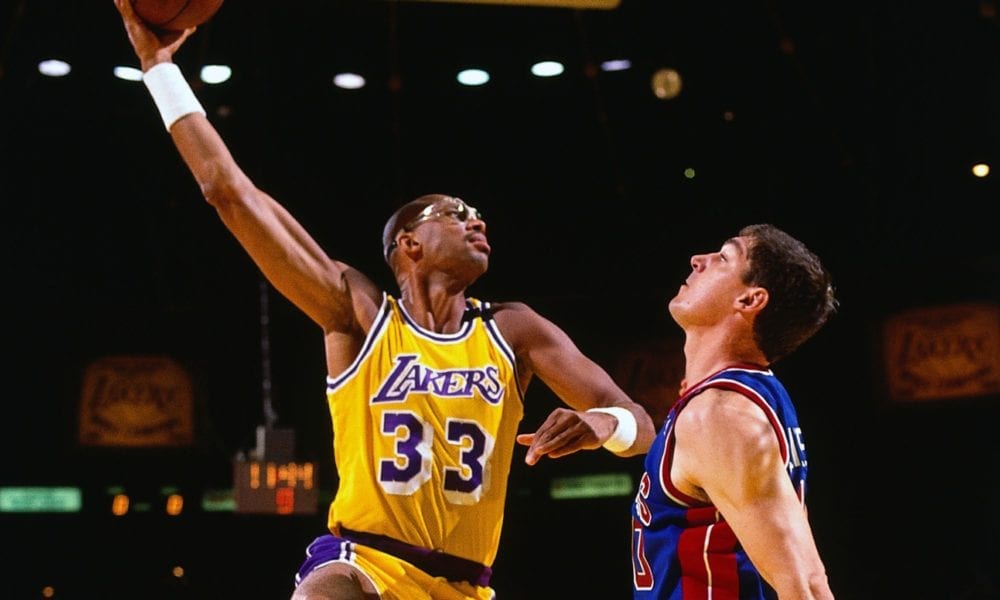 Hall of Fame center Kareem Abdul-Jabbar has put four of his NBA championship rings up for auction.

You know you’re a legend when you give away four rings and still have two left over.

But rings aren’t the only thing that will be sold.

The 19-time All-Star has hundreds of items from his memorabilia collection available for purchase, with “much of the proceeds” going to his Skyhook Foundation charity.

This includes game-worn jerseys, uniforms, trophies, keys to cities that he’s been awarded and even the basketball used in his final game in 1989.

While you’d be forgiven for thinking that Kareem had lost his mind, his reasoning is far from crazy.

“When it comes to choosing between storing a championship ring or trophy in a room, or providing kids with an opportunity to change their lives, the choice is pretty simple. Sell it all,” Abdul-Jabbar wrote on his blog.

“Looking back on what I have done with my life, instead of gazing at the sparkle of jewels or gold plating celebrating something I did a long time ago,” Abdul-Jabbar continued.

“I’d rather look into the delighted face of a child holding their first caterpillar and think about what I might be doing for their future.”

Abdul-Jabbar, who turns 72 in April, insists that he’s not selling the items due to money problems.

It’s about using his legacy to create a better future for the next generation.

“Since my life is still happening and ever-evolving, I am less personally attached to those items than I am to my desire to create a new history for myself – and futures for others,” Abdul-Jabbar said.

The championship rings started with a minimum bid of $60,000 and several have already climbed upwards of $80,000 with three days remaining.

This could be the perfect chance for guys like Charles Barkley, Karl Malone and Allen Iverson to finally get a ring and help out a charity while doing so.

If you have a few thousand dollars to spend you can join the auction here.