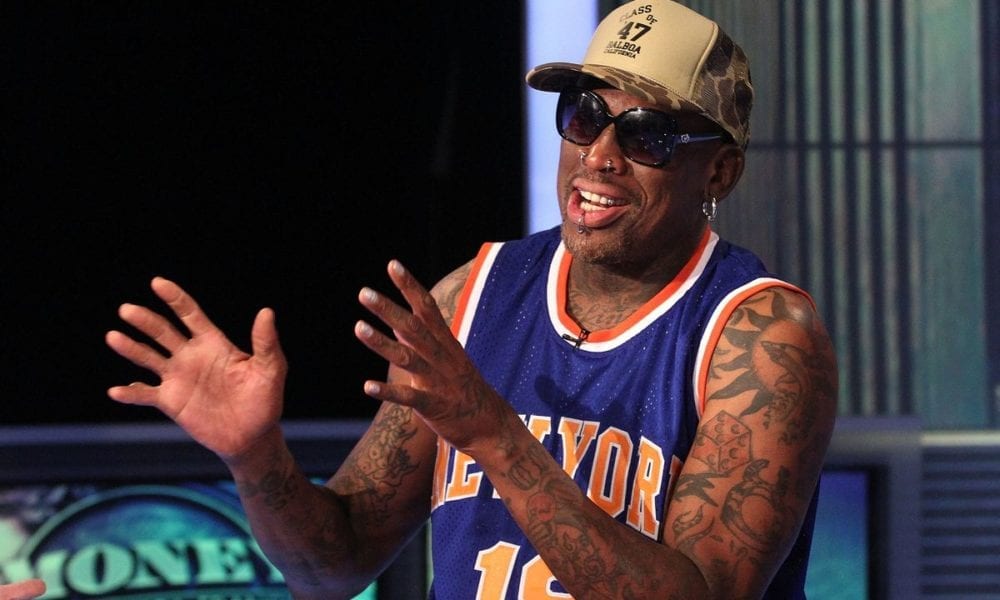 Joel Embiid made headlines last week when he announced that Wilt Chamberlain, not Michael Jordan, is the greatest basketball player ever.

Embiid added fire to the neverending G.O.A.T. argument during an appearance on the Ringer’s NBA Desktop when he said neither Jordan or LeBron deserves the title.

“[Jordan] is not the G.O.A.T.,” Embiid said. “To me, you got Wilt Chamberlain. He’s got all the records, and no one is ever gonna beat them.”

While Embiid’s reasoning is as good as any, there’s never going to be a time where everyone accepts one single person at the G.O.A.T.

And one person that doesn’t accept his theory is Jordan’s former teammate and walking headline, Dennis Rodman.

When asked about Embiid’s take, Rodman wasn’t too pleased, per TMZ Sports.

“Joel Embiid, you’re doing a great job for your little island or country where you’re from,” Rodman said. “Shut the F**k up, go do your goddamn job and do Philly proud.

That’s the number one thing they need – a championship.”

When prompted by the reporter for confirmation that Embiid’s take was wrong, Rodman said, “You’re goddamn right he’s wrong.”

While Rodman has never been a stranger to voicing his (often inflammatory) opinions, it’s safe to say he may be a little biased.

Rodman played three years with MJ in Chicago and won an NBA title each season.

The thing is, Rodman might even be right that MJ is the G.O.A.T, but there are convincing arguments for many great players.

Between LeBron James, Michael Jordan, Magic Johnson, Wilt Chamberlain, how do you even begin to choose who is the greatest?

Embiid’s reasoning is fair and so is Rodman’s, and the reality is that no matter what anyone says, the whole G.O.A.T argument is impossible to solve.

Rodman was also asked if Embiid will ever be considered as one of the all-time greats.

‘I doubt that one,’ Rodman said.

Now that’s something I’m not so sure about.