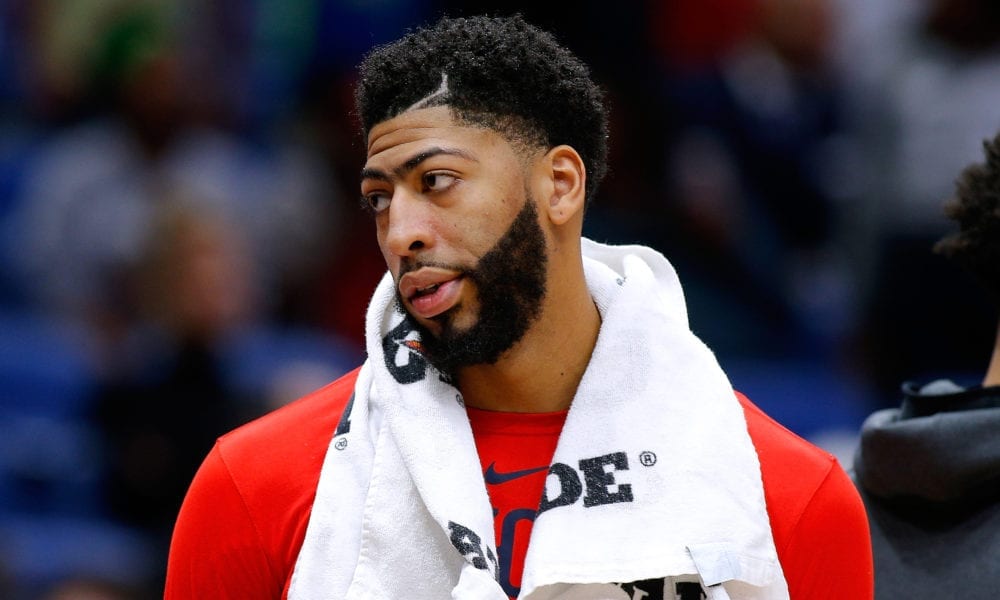 The NBA has commanded the New Orleans Pelicans to play Anthony Davis for the rest of the season, but the Pelicans aren’t going to give up without a fight.

New Orleans were keen to rest Davis after failing to get a trade done before the deadline, but the league said that Davis had to play if he was healthy.

But since the NBA’s announcement – which comes with the threat of a $100,000 fine per game missed – Davis has put up inconsistent performances and injured his shoulder in a game against the Thunder.

Thankfully for all parties involved the injury wasn’t serious.

But just ask DeMarcus Cousins what happens when you get seriously hurt –  your trade value crashes.

That possibility wouldn’t benefit Davis or the Pelicans.

And that’s a major reason why new Pelicans interim GM Danny Ferry intends to challenge the NBA on its insistence that Davis must play, per Marc Stein of the New York Times.

Stein also reports that letting Davis play and get injured was the catalyst for the firing of former GM Dell Demps. He was fired the day after the injury.

Now obviously Ferry wants to avoid the same fate as Demps, so he’s doing everything within his power to convince the NBA that resting Davis is the best possible outcome to the ongoing saga.

It is unclear what the NBA’s reaction to such a request will be.

While obviously the league wants Davis to ideally play and stay healthy, they must way up the risk that he will be injured and see his future put in jeopardy.

Fans and television networks are large considerations too, with both wanting to see the strongest possible teams fielded for each game.

For now, the Anthony Davis trade saga will drag on without a suitable resolution in sight.

After all this drama I have a sneaking suspicion that the Pelicans front office are cursing themselves for not just accepting a deal to send Davis to the Lakers.