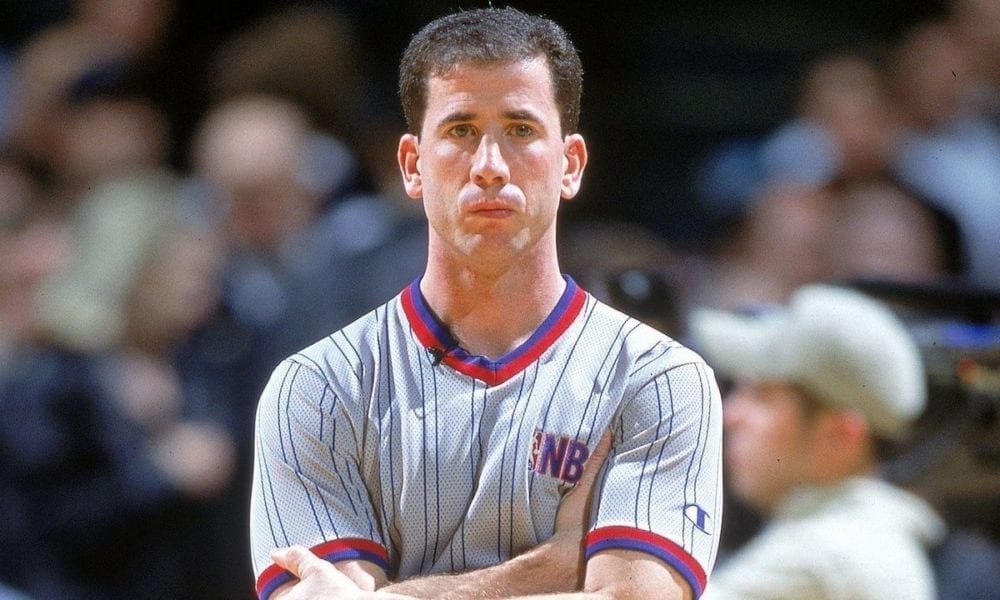 Former NBA referee Tim Donaghy refused to take a polygraph test in 2009 asking whether he had fixed NBA games because “he would fail it.”

In other words, Donaghy couldn’t honestly say that he didn’t fix NBA games, which is code for saying that he definitely fixed NBA games.

Shawna Vercher – the publisher of Donaghy’s 2009 memoir ‘Personal Foul’, told ESPN’s Scott Eden that he wouldn’t take the polygraph test in anticipation of the book’s release.

Donaghy was investigated by the FBI after there were allegations that he bet on games that he officiated during his last two seasons as a referee.

Federal police arrested Donaghy and he pled guilty to two charges related to the gambling scandal, spending 11 months in federal prison between 2008-09.

ESPN analysed 40 games that Donaghy officiated between December 12 2006 and March 21 2007, the period which he was alleged to have been gambling on games that he refereed.

The researchers found that his calls favoured teams that were bet on more heavily in 77 percent of those games.

Out of those 30 games, Donaghy’s calls favoured the team he personally bet on 23 times, only going against teams he bet on a total of three times.

The chances of Donaghy accidentally making calls that favoured the teams he bet on so heavily are 6,155-1, per Eden.

I mean, if you go to the trouble of betting on games that you’re refereeing, you’re hardly going to make calls against your own interests, are you?

In response to ESPN’s damning findings, the NBA released a statement that said that their own researchers didn’t come to the same conclusion.

“To be clear, the Pedowitz team and the NBA performed substantial statistical and data-based analyses to determine whether Donaghy attempted to manipulate games he officiated.

All of our efforts were focused on understanding precisely what he did and how he did it so we would be best equipped to protect the integrity of our games going forward.

These analyses did not support [ESPN’s] finding that an unbiased official would not have made the calls that Donaghy did.”

While it doesn’t make sense that Donaghy would bet on his games and then not make calls to assist his financial interests, the NBA’s data set was far larger than ESPN’s.

The NBA researched “the entirety of the period during which Donaghy had admitted to gambling on games”, a total of 194 games.

Donaghy was an NBA official between 1994 and 2007, when he resigned in the wake of the FBI investigation into match-fixing.