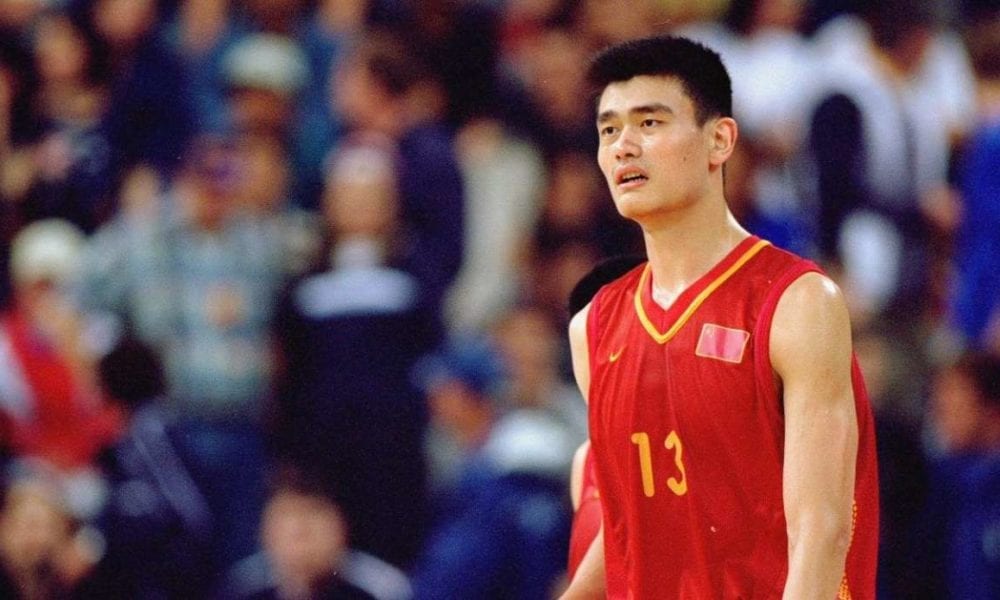 Team USA went undefeated on their way to a gold medal at the 2000 Sydney Olympics, but there was another prize they missed out on at the time.

Kevin Garnett has revealed the team had a “million dollar bet” for whoever was the first to dunk on Yao Ming.

That was when he revealed Team USA had a bounty for putting someone else on a poster.

And that someone else was the 7’6 Yao.

“First of all, people didn’t know we had a bounty out on Yao Ming,” Garnett said.

“The whole USA team had a bet. We had a million dollar bet on who was going to be the first person to dunk on Yao Ming.

Unfortunately for every player involved, Yao was just too good.

“None of us did,” Garnett said. “We all tried to dunk on Yao, but he would block it or we would miss.”

But for whatever reason, when Carter dunked on Weis, KG thought Vince had won the cash.

“The first thing I thought of when I saw Vince dunk over Frederic was oh (expletive), you won the million dollars. But then I realized it obviously wasn’t Yao.”

“I pushed Vince, and if you look at the clip, he almost punches me in the face by accident. But my first thought was oh (expletive), you won, you got the million.”

There’s something awesome about the fact that Team USA picked the biggest player in the Olympics and said, “a million bucks to whoever can dunk on him.”

Better still, Yao Ming had yet to make his NBA debut and was still able to deny players like Carter, Garnett and Alonzo Mourning from posterizing him.

Unfortunately for Weis, he wasn’t able to do the same.

And unfortunately for Vince, dunking on the French big man didn’t earn him a penny.