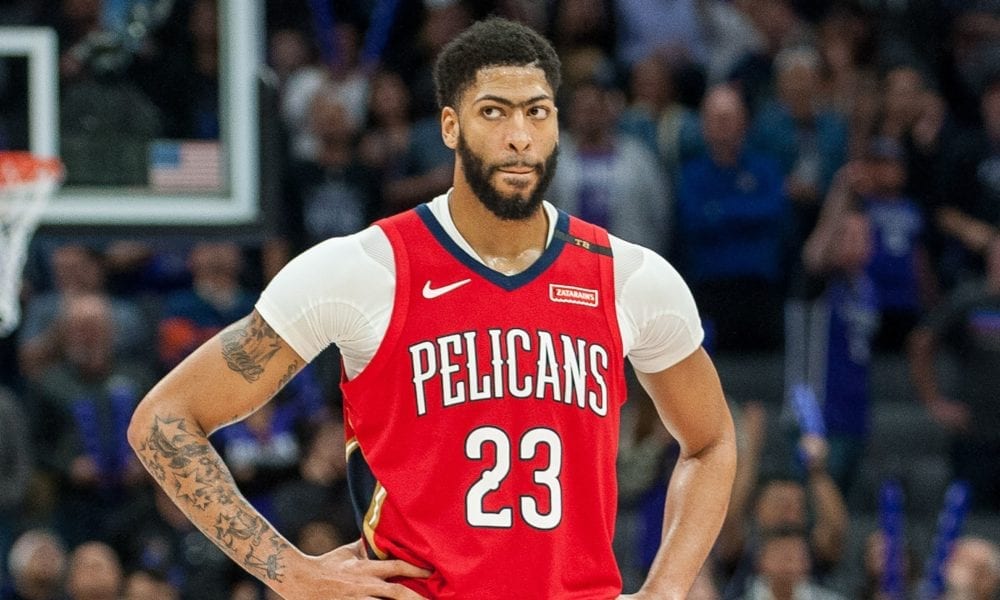 Anthony Davis took the chance to clear the air at All-Star Media Day, revealing that the Boston Celtics actually are on his list of preferred trade destinations.

Plenty has been made about Davis’s unwillingness to play in Boston after Davis’s father said he didn’t want his son playing for the Celtics after witnessing their treatment of Isaiah Thomas.

Previously his agent, Rich Paul, declared to the Pelicans that Davis would only sign with the Lakers, Clippers, Knicks or Bucks.

That’s all in the trash – or should I say dumpster fire – now.

Though Davis’s comments on the Celtics were far from a ringing endorsement of the team, per Yahoo! Sports Vincent Goodwill.

When Davis was asked about not wanting a trade to Boston, he said: “I never said Boston wasn’t on my list.”

When asked if they were on his list, Davis said: “I never said Boston wasn’t on my list.”

Maybe he’s just being careful after he was fined $50,000 by the NBA for his agent going public with the original trade request.

But it seems that Davis has had a change of heart. After the press conference, he went on NBATV’s broadcast and suggested hew as willing to be traded to any team in the league.

“All 29 other teams are on my list,” Davis said. “I don’t have a preferred destination. I just want to win.”

“It could be big market, small market. I don’t care. I want to win,” Davis continued. “I can’t tell the future, but all 29 teams are on my list.”

So Davis has gone from wanting to be traded to specific teams to preferring any team to the one he’s currently on.

This new narrative makes it clear just how bad his relationship with the Pelicans is, seeing that he would rather be anywhere else.

Even… even the Cavaliers? Surely not.

Whatever the case, this latest development in the ongoing saga is great news for the Celtics.

Kyrie Irving is an unrestricted free agent in the summer, meaning the Celtics have the assets and opportunity to make the Brow an offer he can’t refuse.