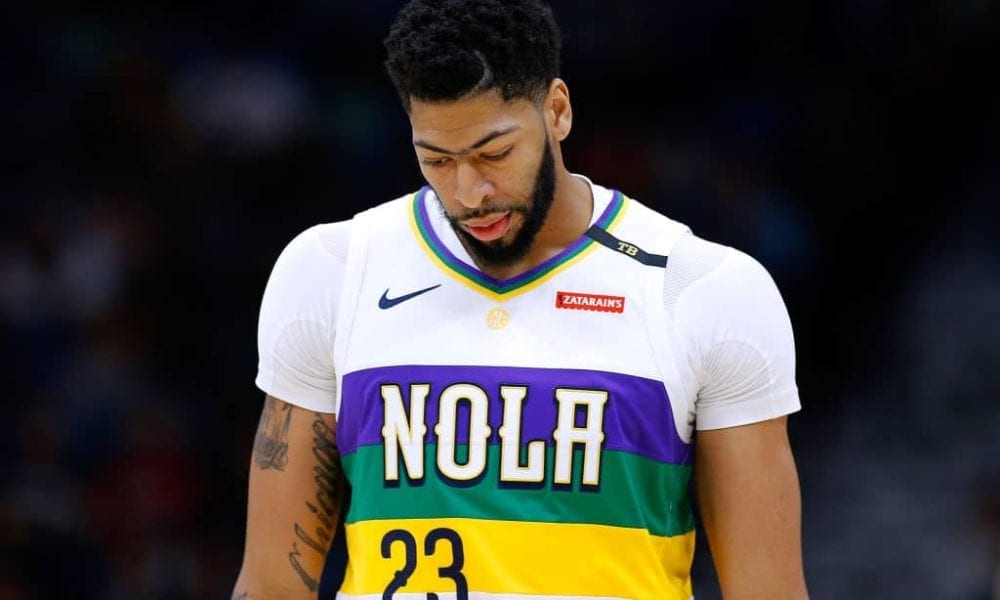 The New Orleans Pelicans 131-122 victory over the Oklahoma City Thunder on Thursday night was overshadowed by a new development in the ongoing Anthony Davis saga.

Davis picked up a shoulder injury in the second half of the game, and rather than sticking around to watch his team, Davis left the building in the fourth quarter.

While Pelicans officials confirmed that Davis left the arena to get an MRI,  coach Gentry was clearly unhappy with the sequence of events.

“I’m going to talk about the guys that played,” Gentry said when asked his thoughts on Davis leaving the arena, per The Times-Picayune.

“I’m happy for all of them. To tell you the truth, this whole thing has been a dumpster fire.”

“It’s just hard, you know, we want guys to be professional and do this, but it’s hard for guys to go through what they’ve been through,” Gentry continued.

“To be able to come out and beat a team of that quality, I’m happy for all the guys. I thought they did a great job.”

When another reporter asked a follow-up question about whether it bothered him that Davis left, Gentry responded tersely and ended the post-game press conference.

While Gentry tried his best to avoid showing it, ESPN‘s Adrian Wojnarowski reported that the organisation was “livid” with Anthony Davis leaving the arena during Thursday night’s game.

Wojnarowski also reported that in response to the horror last few days, Pelicans GM Dell Demps has been fired.

The Pelicans are now looking for a GM to take command of the Davis trade talks, as well as reshape the franchise’s future.

Talk about adding fuel to the dumpster fire.